Last September, I hit rock bottom as a games writer. Against my better judgment, I let Ubisoft strap a fart machine to my face for a demo of South Park: The Fractured but Whole. Bad call. Terrible. Just awful, really. Deals are not my art form.

I saw South Park again last week at E3. This time proved to be less invasive but somehow entirely more ridiculous. When I say that, I mean it kept with the trademark South Park humor in a perfectly on-brand way. “Yeah, Classi with an I and a little dick that hangs off the C which fucks the L out of the ASS.” You know, that kind of stuff.

Playing as the sidekick to Captain Diabetes, I scoured the Peppermint Hippo strip club for a dancer who has information on some missing cats. It’s an innocent and childish endeavor. Noble, even. Ignore the cum-filled condom hanging from the ceiling. 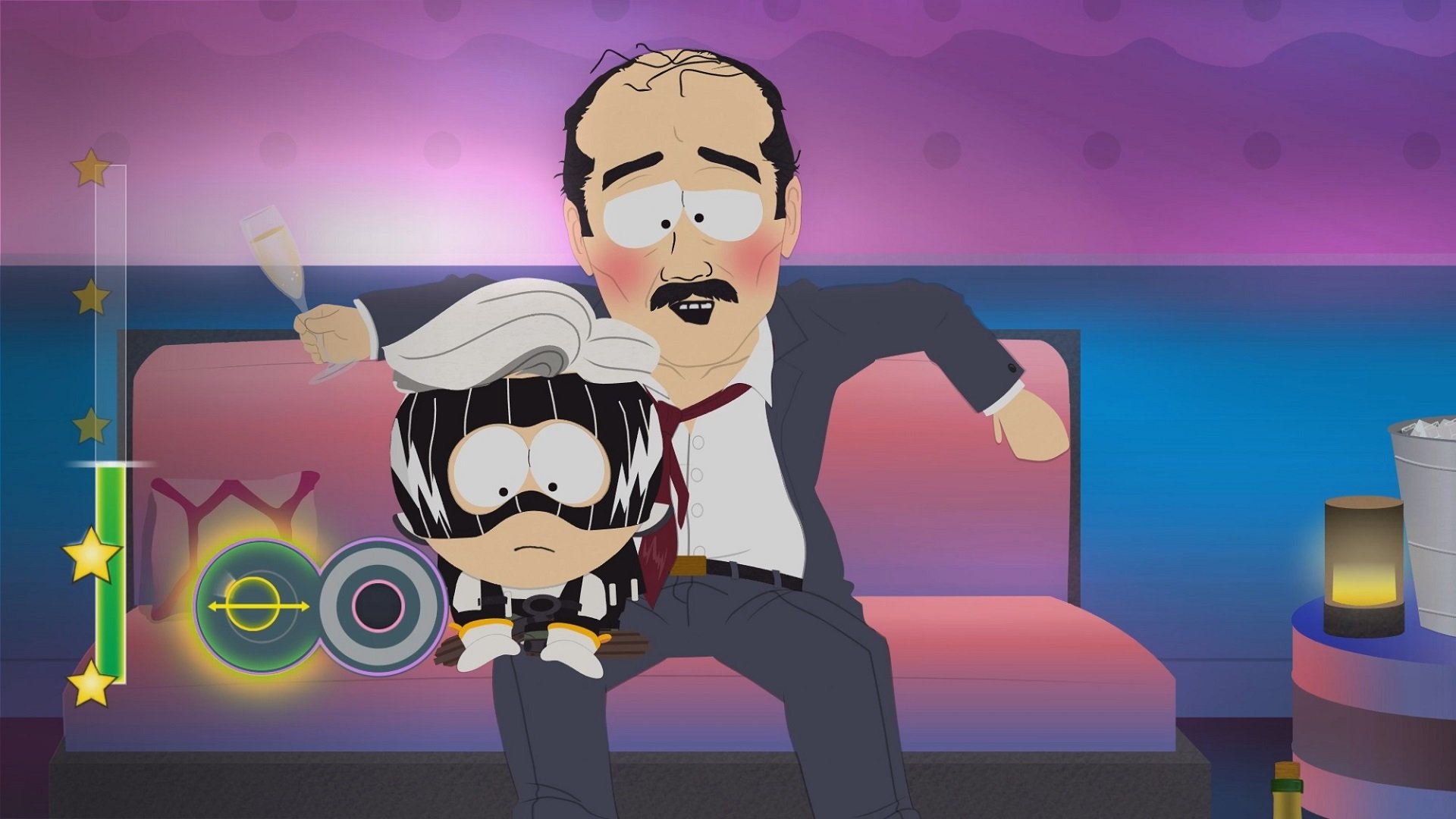 Then I had to fight him. What I neglected to tell you in the previous paragraph is that I won the mini-game by bringing him close to, uh, release and then blasting an atomic fart in his face. This did not please him. So, we squared off in The Fractured but Whole‘s strategy RPG combat system, something we detailed in our PAX West preview last year.

It’s tough to grasp the intricacies of combat in one-off situations like this. It’s not immediately clear what each move does and how effective it is. You don’t know the time-based button presses to enhance both attacks and blocks. You don’t yet know the optimal spacing between you and your opponents. Nevertheless, I persisted. Two hammered horndogs didn’t make for formidable foes, and it didn’t take long to best them.

That’s when our two heroes realized that the club DJ has the power to summon strippers from the back. If we could just get on the mic, we could call out Classi. The DJ kept asking for someone to buy him a drink, so that seemed like the best way to get his attention. Through some light questing, we found a gin and tonic, some rat turds, and some boogers and cum; and through the crafting app (yes, there’s a crafting app), we combined them all. Afraid that wouldn’t be potent enough, I farted on it to make it extra vile. 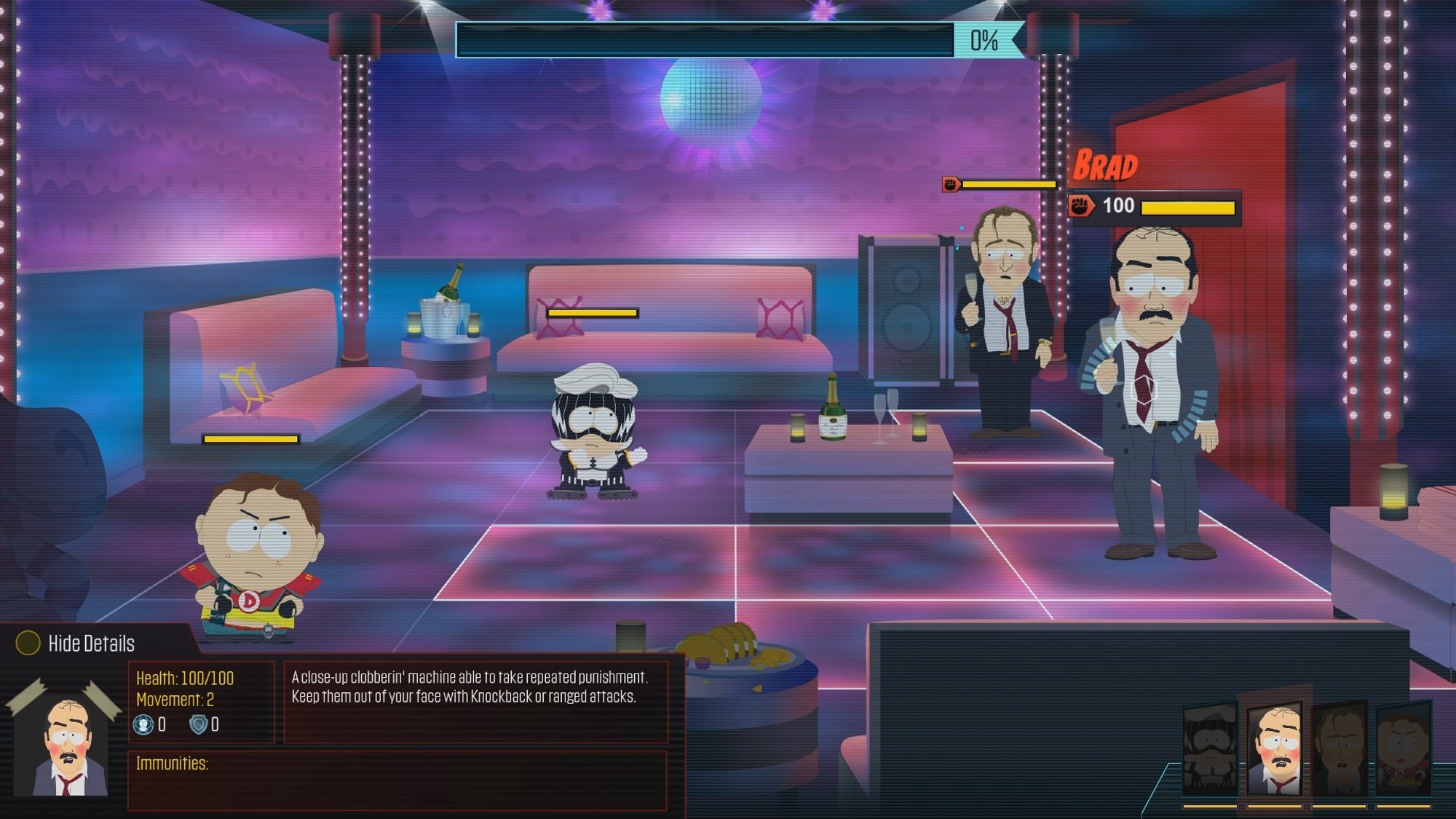 It worked. The DJ ran off in a fit of sickness, and we called out the lady who takes off her clothes for money and who also allegedly knows something about the missing cats. That’s when the demo ended.

Even though it was just a slice, something tells me The Fractured but Whole will be able to keep up this rapid-fire ostentatious display of vulgarity. There’s already a recent video game and 20 years of television to prove that everyone involved with writing South Park knows what they’re doing. If nothing else, these games feel like the series unshackled by the restrictions of cable (not that South Park has ever cared much about that anyway). Everyone who has stuck with South Park through the years is probably going to get exactly what they want and expect.