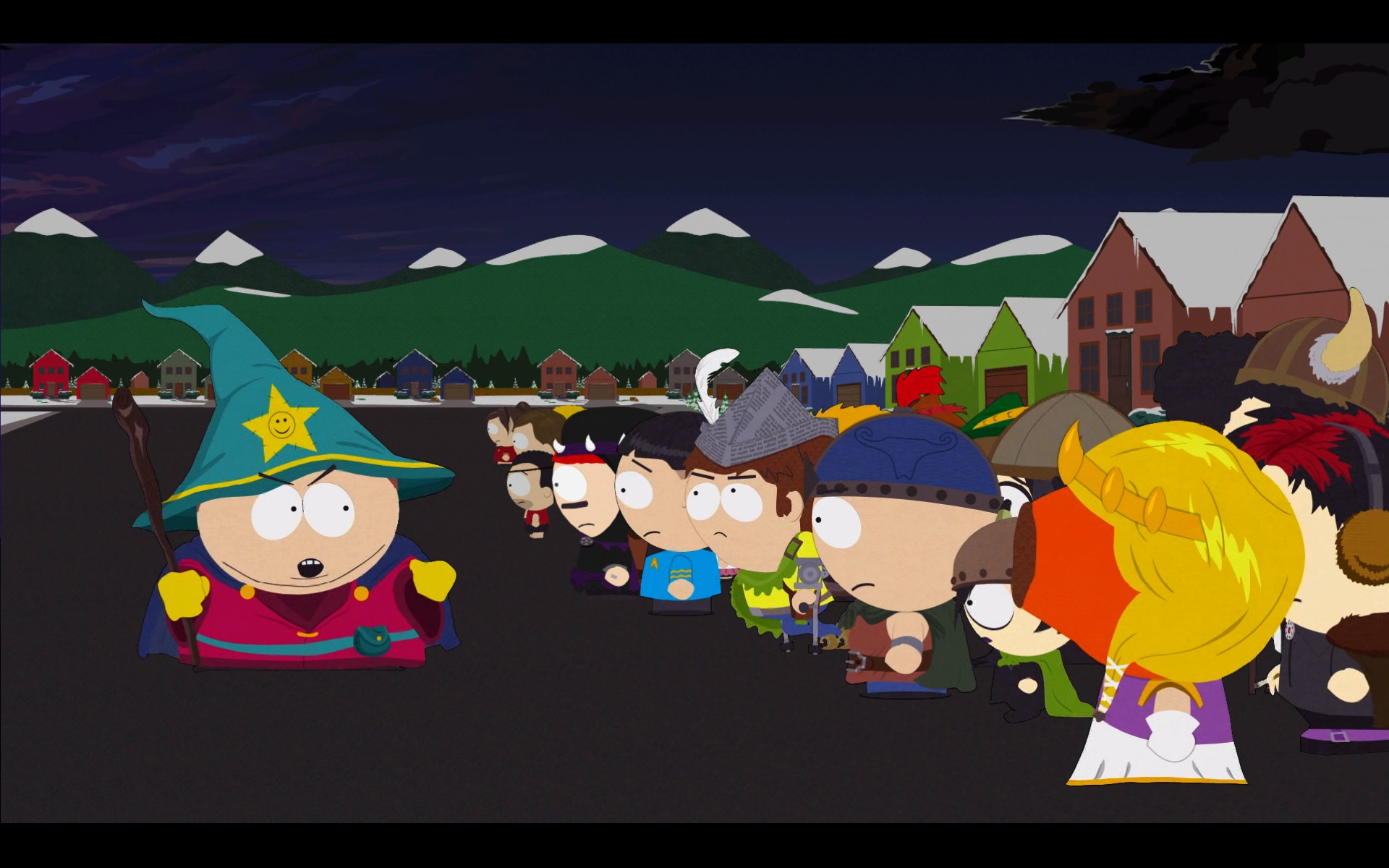 It’s the real life and it’s the fantasy. It’s the South Park kids mixing the both of them into a twisted high-fantasy game where a branch wields ultimate power. It’s the sort of hijinks that only they could get into, but this time while wearing wizard hats. It’s South Park: The Stick of Truth.

Ubisoft has confirmed that 2014’s South Park: The Stick of Truth is coming to PlayStation 4 and Xbox One on February 13. It’s the first time this game has been available as a standalone purchase on current-gen consoles (although Xbox users can play the 360 version through backward compatibility). It’ll be priced at $30.

This re-release seems to be a straight port of the last-gen game, as Ubisoft hasn’t mentioned anything about improvements made for new systems. Also, there’s no confirmation as to whether there will be a physical edition or if this is only digital. [Update: Ubisoft has confirmed to us that there will be a physical edition of Stick of Truth.] Regardless, there’s a lot of South Park currently available — The Fractured but Whole, the impending add-ons for Fractured, and now Stick of Truth. You’re gonna have yourself a time.