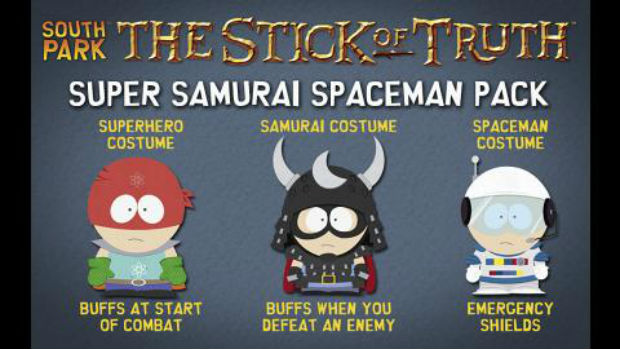 South Park: The Stick of Truth turned out to be absolutely worth the wait multiple times over, and now you can grab some costume DLC for it. First up is the Super Samurai Spaceman pack for $1.99, which offers up the three costumes listed in the pack itself.

Next is the Super Ultimate Pack for $3.99, which comes with seven “exclusive” costumes with special abilities, like increased fire damage for the Necromancer suit. Finally, you can grab the Ultimate Fellowship pack for $2.99 (the pre-order bonus), which comes with four costumes.

More DLC is coming apparently, and it will be “first on Xbox 360” — as many add-ons tend to do these days.