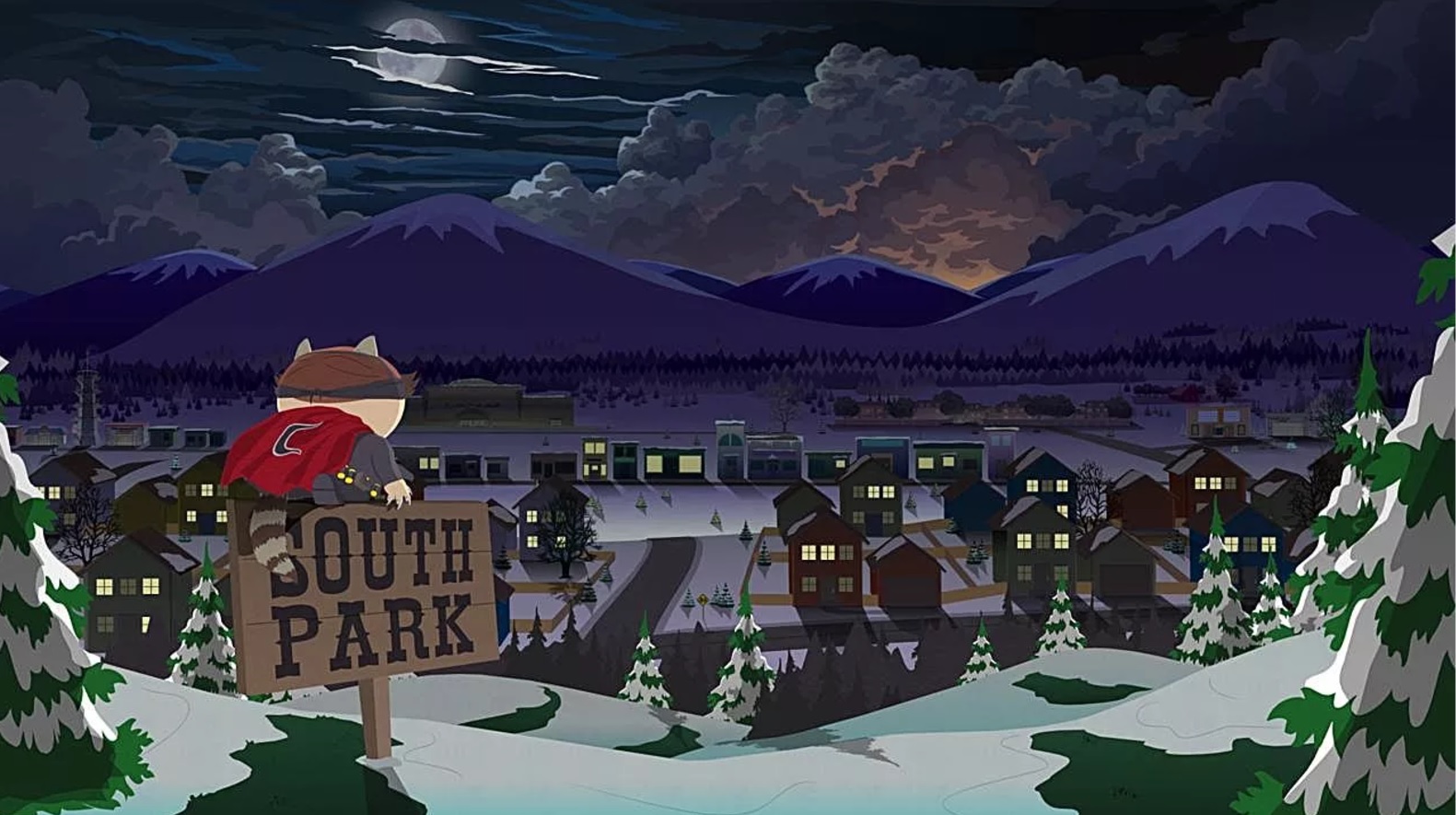 Well aware that I was in for an unpleasant experience, we started the demo. “Okay, let’s get it out of the way. Go ahead and press the ‘X’ button,” some sadistic Ubisoft rep said. My character farted and the Nosulus released a puff of some foul fragrance into my nostrils. A look of disdain washed over me, the same one you get when the plane lands and your row-mate immediately stands up and puts their butt in your face. Still, I persevered onward.

Starting in Cartman’s house, the rep suggested that I go upstairs to the bathroom. That’s where a toilet is, the perfect opportunity to show off South Park: The Fractured but Whole‘s new pooping mechanic. He explained how defecation is more realistic now, and went into detail as to how you move the sticks apart to simulate an asshole opening up; pushing them together would make for a high squeaker. Again: Mamas, don’t let your babies grow up to be video game journalists.

I tapped out. Stripped of my dignity, at least I still had lunch to look forward to. I didn’t want Ubisoft to steal my appetite too.

Nosulus Rift thrown aside, I soldiered on through the rest of the demo. The first half was a lot of place-setting — the story being established that you’re still The New Kid and that your daring feats in Stick of Truth meant nothing. The gang’s playing superheroes now and you’re back to square one. It was more akin to watching an episode of South Park than to playing one.

The second half is where we saw how The Fractured but Whole builds on its predecessor. Dumped into the middle of town, we stumbled into a fray with three kids who were on the other side of this superhero civil war. We duked it out, only occasionally halting things because a car was coming.

Mechanics of battle are different this time. The Fractured but Whole is more of a strategy RPG, as there’s a grid and each character can choose where they want to strike from. Keeping healers and long-range attackers toward the back, and brute heroes toward the front seems like a sound game plan.

Each kid has their own set of trademark moves. Sometimes it’s a Cyclops-like beam of energy, other times it’s just a quick pummeling. Gone in this game are the timed button presses to enhance an attack or to mitigate damage (although, this still exists to execute some abilities). The kids also each have their own ultimate ability, like Butters flying high above Earth to rain lasers down on the other side. That’s a battle-ender right there.

Our time with The Fractured but Whole was brief, but it also ably demonstrated everything the game sets out to do. First and foremost, it’s bursting at the seams with South Park‘s surreal, crude, and usually-witty humor. And, it checks the “video game” box by looking to be a capable, yet not too involved, strategy role-playing game. All good stuff as long as you don’t have to smell it.