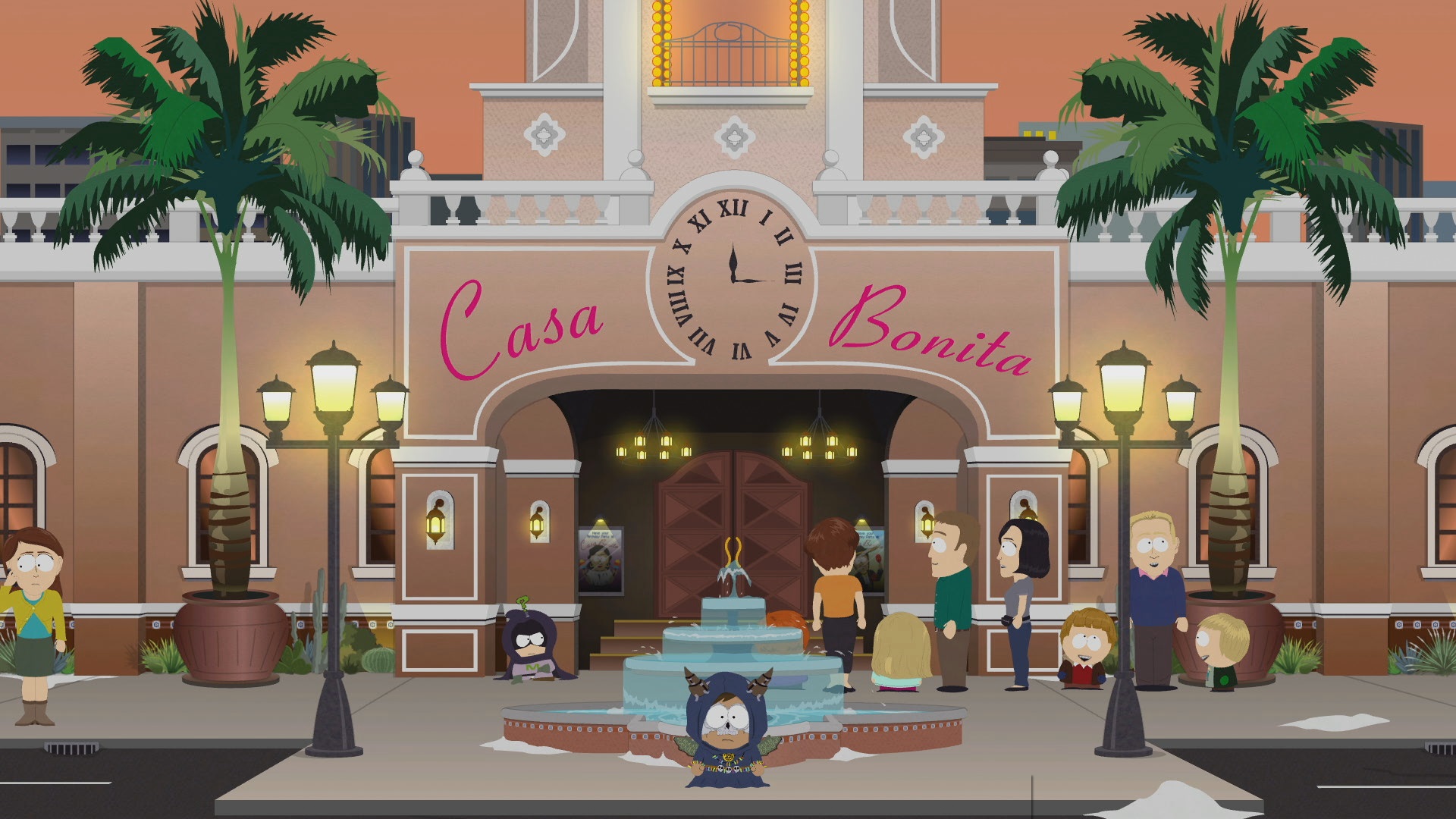 From Dusk Till Casa Bonita

Casa Bonita, a real-life garbage restaurant, is a staple of South Park lore because of an all-time banger episode from 15 years ago. South Park: The Fractured but Whole plans to revisit that famous locale very soon.

From Dusk Till Casa Bonita is The Fractured but Whole‘s first piece of proper story DLC, and Ubisoft has just revealed that it’ll release on March 20 — two weeks from now. It’s priced at $12. This is technically the second add-on though, because a combat arena expansion launched late last year.

This particular add-on riffs on From Dusk Till Dawn (which is exactly one half of a good movie) as it sees the goth vampire gang kidnapping Kenny’s sister. Mysterion, Coon, and The New Kid set out to rescue her. There will be bad Mexican food and Black Bart’s Cave. You’re gonna have yourself a time.