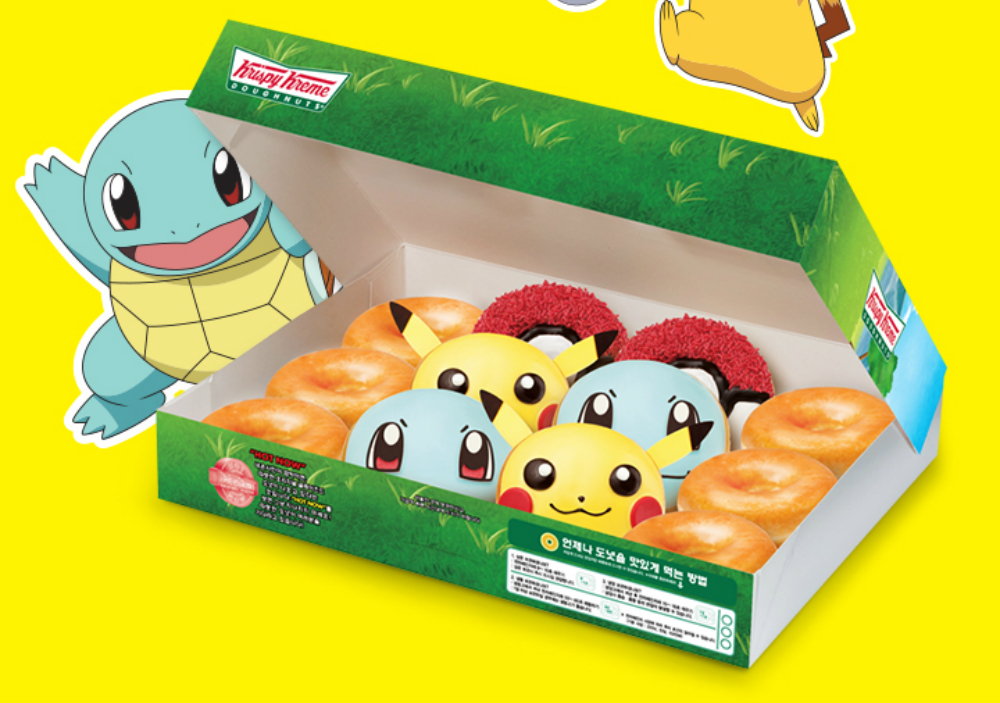 Squirtle, Pikachu, and the ball

Every so often, I partake in a food gimmick. I mean, most of them are overpriced cash-grabs meant to push an IP, but damnit, some of them are just plain fun. That latter situation is definitely the case for these Pokemon donuts.

They consist of Pikachu and Squirtle heads, as well as the iconic Pokeball shape, but here’s the kicker — they’re only available at Krispy Kreme locations in South Korea. I’ve gone on a 10 hour road trip once just to get White Castle, but I’m not sure I’ll make this trek just for donuts (though I do want to go to Korea at some point).