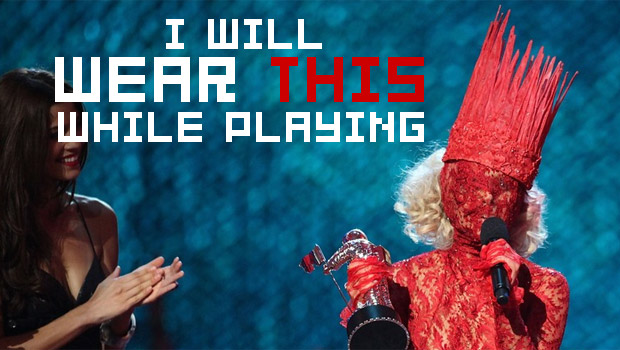 Ubisoft has revealed the soundtrack to its upcoming dance/fitness game Just Dance for the Wii, and something is… missing.

It features a bunch of top 40 dance hits like you’d expect, including music by Dee-Lite (“Groove is in the Heart”), New Kids on the Block (“Step By Step”), MC Hammer (“U Can’t Touch This”), and more. (The full list can be found after the jump.)

So what’s missing? Lady GaGa’s hit single “Just Dance,” of course. Seriously, if there was a ever an opportunity for a silly marketing tie-in, this is it. I was already upset to learn that this wasn’t a game where you play as Lady GaGa and use fashion and music to save the universe from a race of planet eating aliens. But this is just unacceptable.

I actually forced our video editor Rey to play this game with me at Penny Arcade Expo earlier in the year, and I can report that it’s absolutely ridiculous and maybe impossible. We danced along to Technotronic’s “Pump Up The Jam,” and when I say dance, I mean it. The game didn’t just want us waving our hands to the beat — it expected us to keep up with an on-screen dancer that was performing very specific and complicated dance moves.