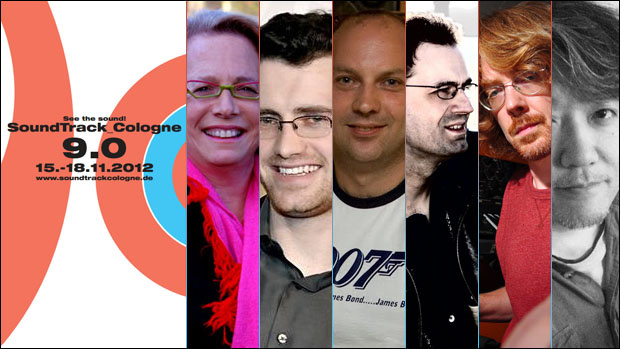 To health and game music, prost!

You can be sure a lot of beer will be consumed as Soundtrack Cologne 9.0 is preparing to bring some esteemed videogame music legends together for a round of panels and an exclusive concert over the weekend of November 15-18 along with Next Games. Laura Karpman (Kinect Disneyland), Austin Wintory (Journey), Richard Jacques (Sonic R), Chris Hülsbeck (Turrican), Jesper Kyd (Hitman) and Masashi Hamauzu (Final Fantasy XIII) will all be in attendance to discuss development, composition, Kickstarter and many other topics along with industry heads and fans.

On November 16, Soundtrack Cologne will host a concert performed by the illustrious WDR orchestra and produced by Thomas Böcker of Symphonic Fantasies fame, which will feature music from games such as Journey, Final Fantasy, Legend of Zelda and maybe most exciting of all, the new arrangements of Turrican that will be featured on the kickstarted box set. Two showings are scheduled for this concert to allow for fan demand to be met and the composers will all be there, so you can be sure to see a packed house in the Kölner Funkhaus.

Will any of you Euro fans be in attendance?