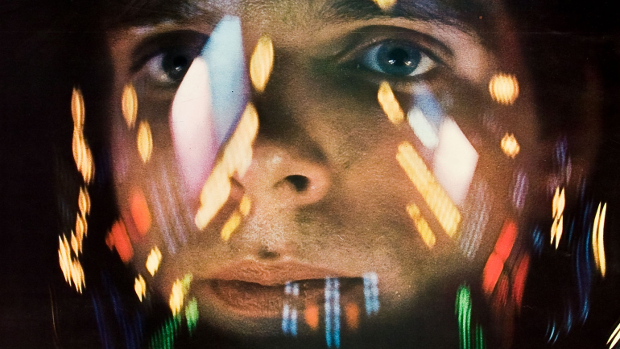 It’s no secret that gaming conventions are fertile ground for developers to try out their new creations. Back in April, Jonathan Holmes got the chance to check out SoundSelf with Robin Arnott, the creator of the unorthodox horror title Deep Sea, and saw first hand the impression it had on players. Utilizing virtual reality, players are taken for a ride through their own personal odyssey of light and sound.

During the hustle and bustle of PAX Prime, I got the chance to go on a special trip of my own, and it was clear that SoundSelf made quite a name for itself on the show floor. I also got some time to speak with Robin Arnott about his creation and the desire to create an existential experience that brings players to a state of zen and wonder.

The creation of SoundSelf was done not only out of a desire to create a different kind of audio-visual experience with VR, but was also an experiment in spirituality and understanding the practice of tapping into the player’s trance state.

Initially, he was concerned about finding outside interest for such a bizarre title, and opted to learn C++ and make the game himself. Fortunately, he found another developer willing to take this bizarre ride with him and expanded upon the game’s scope.

“After two and a half years of working on it, this is our first vertical slice,” said Robin Arnott, while recounting the history of SoundSelf. “And that’s because that took so much experimentation and trial and error to even find the thing that works about it. We’re not building off thirty years of successful and failed experiments like first person shooters are.”

Before my session with the game, they brought us into their tent on the show floor where we sat on cozy pillows and drank warm tea. This prep period was to relax players, as SoundSelf doesn’t use a traditional control setup.

With the Oculus Rift headset, players manipulate the experience with the sound of their voice using only a microphone. Once I laid back on the floor and put on the headset, the word ‘chant’ appeared on the screen, prompting players to hum to themselves. Doing so would engage the experience, and with the headset, you can look around in real-time and see the experience change as you react to it with your voice.

But before you think of this as some pretentious turbo-indie game that claims “you’re the controller!”, I can tell you that this title actually lives up to that potential. Granted, this is very much like a ride, to put it simply. But that’s actually the point. Ultimately, Arnott wanted to create an experiment that would tap into a player’s trance-like state while they’re engaged in a videogame.

“SoundSelf for me was me trying to understand perception, and what perception means for self…by trying to hack it. By poking at it, and seeing what it does to people’s brains, I’m coming to terms with and understanding my own brain and my existence as a perceptual being.”

During my time with the game, I definitely got the sense that the creator wanted to try something a bit different. While I was reacting to the SoundSelf, I noticed that it was altering the visuals and audio of the game. I giggled to myself a couple times during the demo, and the game would pick up the noise from my throat microphone and alter the experience in real-time.

I cannot stress enough that pictures and even video do not do it justice. Seeing the visuals move around dynamically was akin to looking through a morphing kaleidoscope with a mind of its own.

One major influence that Arnott wasn’t shy about sharing was the Jupiter and Beyond the Infinite sequence from 2001: A Space Odyssey. In it, an astronaut travels through a near endless pathway of psychedelic lights and sounds to reach a destination that would bring about his rebirth. In many ways, the creator of SoundSelf hopes to recapture that same sense of wonder.

“The Star Child sequence in 2001: A Space Odyssey is a sequence of reinvention of self,” said Arnott. “And Kubrick did that with twenty minutes of [EXCITED GESTURES and GIBBERISH], because he wanted to put you in that experience of subjective transformation, and I think SoundSelf is an experience of transformation.”

The comparison to 2001 was very accurate and quite apt. While many games strive to be like movies, not many can actually recreate the same sense of awe while at the same time being true to themselves. This title manages to let players experience their own personal trip through the stars, dynamically created by their own senses and rhythmic pitch.

By and large, this was the most experimental game I played at PAX. It was also just a demo showing the vertical slice — the final release will likely be a bit more comprehensive. In many ways, and I mean this in the best way, it felt like a palette cleanser. I was exhausted coming into SoundSelf, but left lighter and in a better mood coming out of it. It was therapeutic, which is something I don’t say too often about games.

And I honestly can’t think of a better compliment than that.