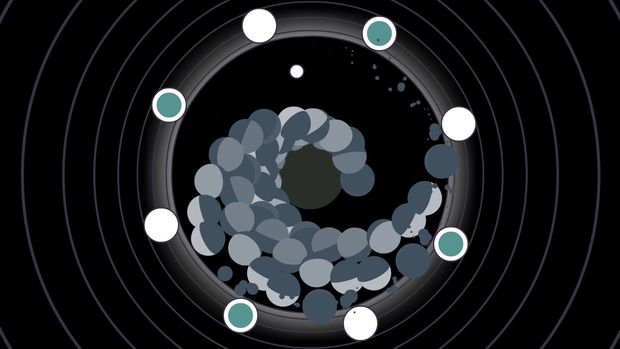 Soundodger is a free online game that released on Adult Swim earlier this year. In it, you control a small white circle, trying to avoid a deluge of shapes spilling at you from all angles, set to music by a handful of great artists. Think Geometry Wars 2 Pacifism mode, but with no explosive gates and slightly less malicious enemies.

This Friday, an updated version releases on Steam as Soundodger+. The new version features 23 tracks total, including songs by Austin Wintory (Monaco), Danny Baranowsky (Super Meat Boy), Disasterpiece (Fez), and Lifeformed (Dustforce). In addition, it allows for procedural generation or full custom creation of levels with any music, opening the bullet hell up to your entire audio library, a la Audiosurf or Beat Hazard. The full official track list is below.