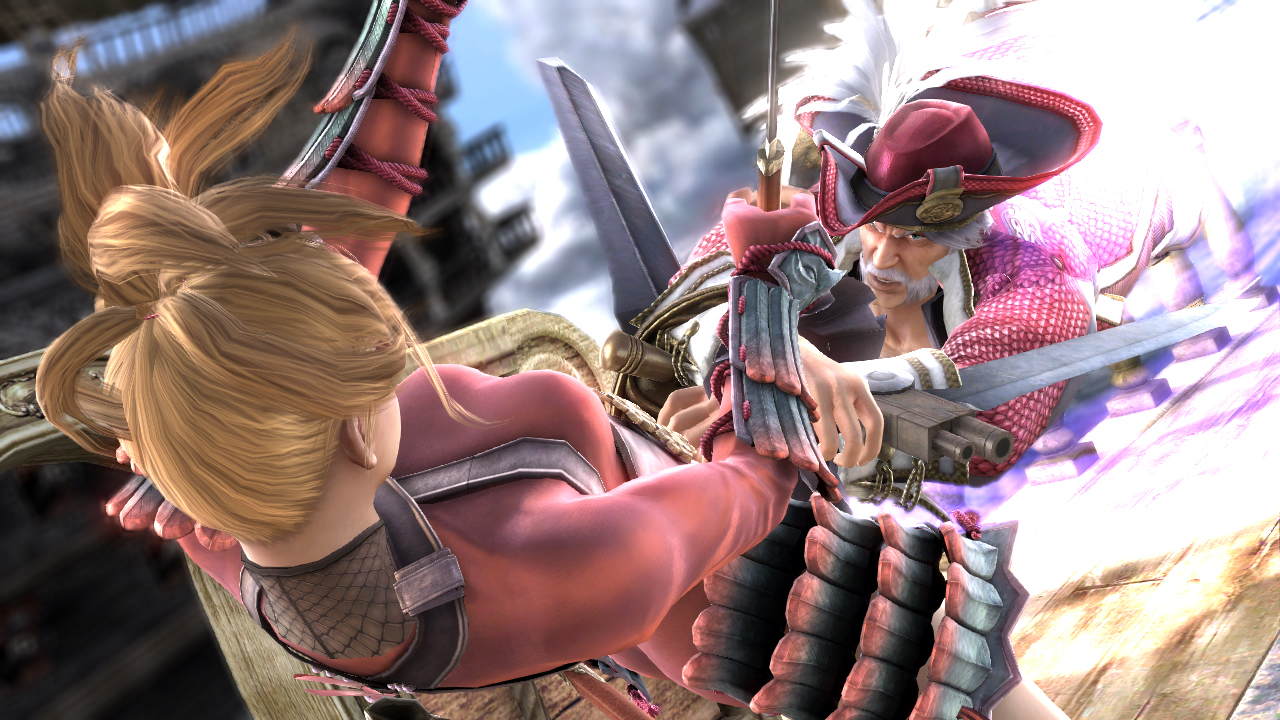 The legend better not die

In any case, Bandai Namco released a video celebrating the history of the series by showing clips from all its games, including the black sheep Lost Swords. Somethings are better left forgotten. What I won’t forget however is that it’s been a while since we’ve had a proper entry.  I’ve played all the games except the third one, and while some people give Soulcalibur 4 and 5 harsh words, I loved them. SCV definitely felt unfinished and didn’t include my dear Talim, but it has the best character creation system outside of Korean MMOs. I wasted so many hours making crazy characters and fighting with them online versus everyone else’s humorous concoctions.

All us Soulcalibur fans (you know, people with good taste in fighting games) have been waiting a while and recently there was news about a new Soulcalibur thing. “What could it be? 6? Could Christmas have come early?” we hopefully speculated.  No, of course it was a pachislot machine. That’s how you please your fans, right? I guess Konami did it so much Bandai Namco wanted to join in on the fun.

While this video and new website dedicated to the series don’t announce anything, it creates hope with its closing message of “The Legend Will Never Die.” When they finish up Tekken 7 I think it’s Soulcalibur’s turn. But I swear, if they announce another pachinko or pachislot machine, I will walk down to Bandai Namco HQ and slap someone. I live right outside Tokyo, you hear me? You’ll need a Bandai-d when I’m done with you, you Namcompoops.