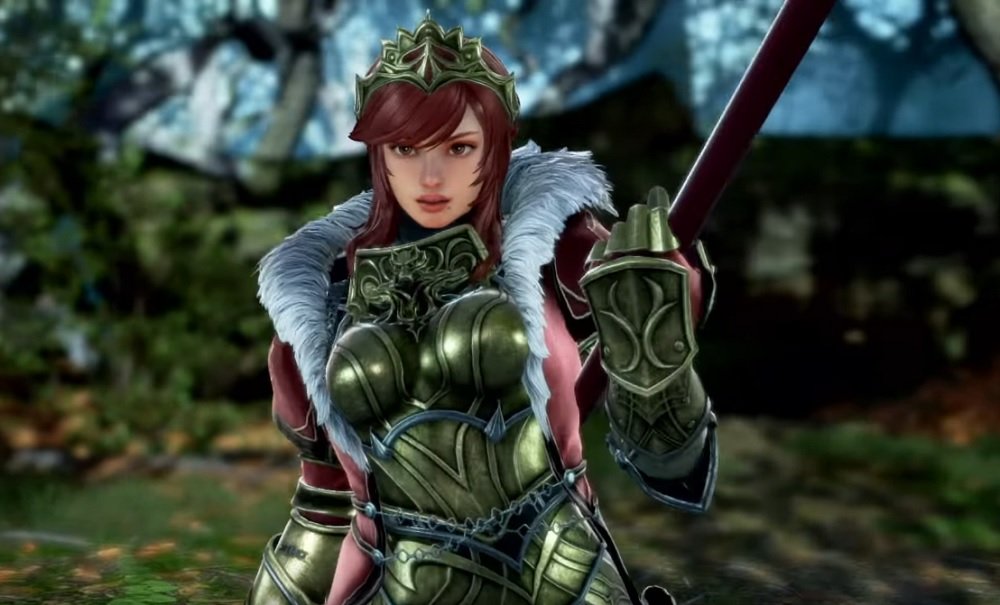 At the culmination of the Soulcalibur VI World Invitational 2019 tournament, which took place this weekend in Las Vegas, producer Motohiro Okubo took the stage to reveal the next DLC character stepping onto the Stage of History: Soulcalibur IV’s Hildegard von Krone.

Von Krone – best known as simply “Hilde” – is a young woman of noble blood who had the responsibilities of the kingdom thrust upon her when the evil that plagues the land drove her father, the King, to madness. As the heir to the throne, Hilde was forced to step up at a very young age, guiding her people against the ever present menace of the Azure Knight.

Hilde achieved this through her steel nerve, tireless patriotism and indomitable spirit. A born leader and even better warrior, Hilde strides confidently into battle armed with both a spear and a short sword, effectively weaving together combat both at range and up-close to make her a severe threat for any foe, regardless of their size or abilities.

A trailer, which you can check out below, denotes Hilde as the first DLC character from SCVI’s second season pass. Hilde will be followed by Samurai Shodown’s Haohmaru at a later date, with two as-yet-unrevealed fighters rounding out the content in future.