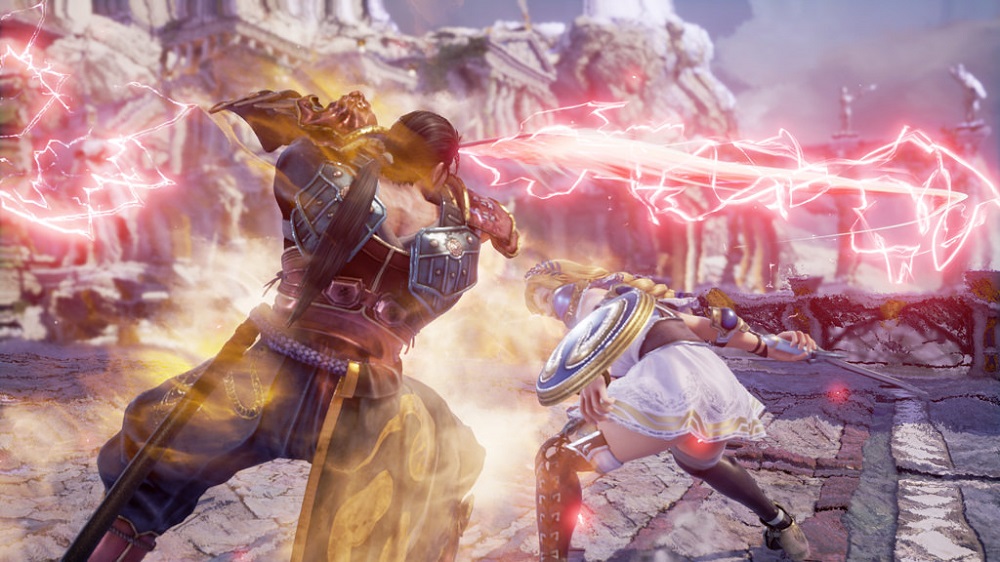 Over the weekend we heard the exciting news that Soulcalibur is sharpening its blade for a another round as Bandai Namco announced Soulcalibur VI. PlayStation sat down with game producer Motohiro Okubo to discuss the latest title in the now two-decades-old series.

In this video interview, Okubo discusses the development of the sequel, the thought-process that went into evolving the game’s splendid visuals and Soulcalibur VI‘s “Reversal Edge” mechanic; a dramatic parry system that is new to the weapon-based fighter.

The gameplay footage on display features series’ stalwarts Mitsurugi and Sophita having an extended sparring session. The Soulcalibur “feel” is definitely taking shape, in terms of movement, speed and precision striking, as well as displaying the strange mythology that embodies the characters, costumes and stages. Even at this early stage, Bandai Namco seem confident SCVI is a winner. I hope so too.