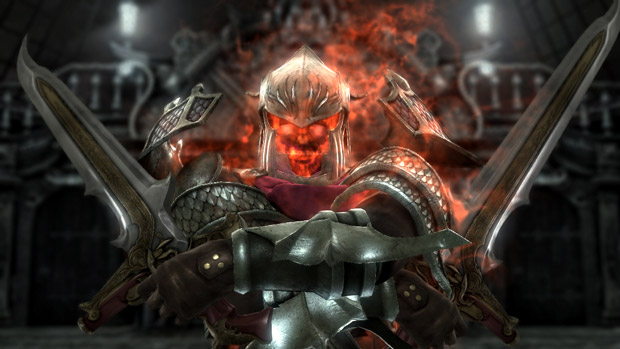 Namco Bandai brings word that SoulCalibur V has gone gold, nearly a month ahead of its release on PlayStation 3 and Xbox 360. By the time you finish flipping through the absurd amount of screenshots provided, it’ll almost be time for launch (January 31 in North America and February 3 in Europe).

By pre-ordering either the standard or Collector’s Edition of the game, you’ll get access to the character Dampierre for your trouble.

Does anyone actually take the time to look at this stuff? I took the time to upload it all, and some unfortunate soul was locked in a humid room until he finished working on the images, so it doesn’t matter much now, either way.

Note: forgive the lack of a thumbnail on the video. Our player is going through a rough phase right now and insists on listening to nothing but old My Chemical Romance songs.