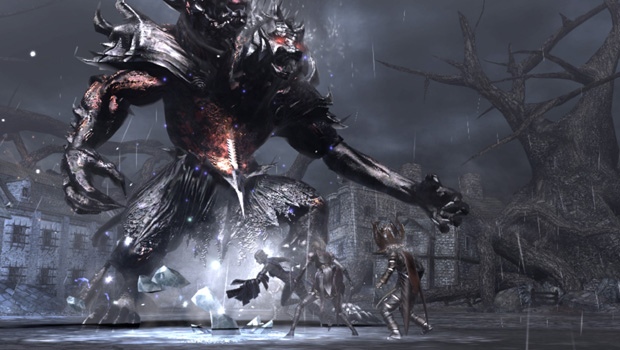 Keiji Inafune took to the stage during Sony’s press conference ahead of Tokyo Game Show to talk about progress on the upcoming PS Vita title, Soul Sacrifice. Showing the above trailer, Inafune-san briefly talked up the game’s four-person multiplayer and cross play features before dropping the bad news: It won’t see release until Spring of 2013.

Inafune-san was eager to clarify that this was not a result of difficulty in developing the title, so much as wishing to have a little more time to make it the best possible game, which Sony Computer Entertainment has been gracious enough to allow.

We’re going to get to see it this week, however, as Soul Sacrifice will be playable on the show floor at TGS. We’ll make sure to let you know how that turns out, but I have a suspicion that it’s going to be pretty awesome.