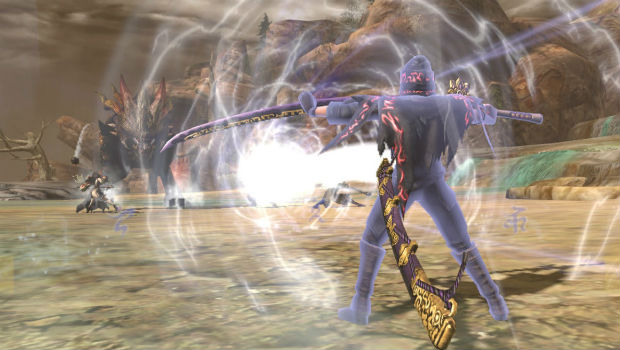 Toukiden: The Age of Demons is about to extend its lifecycle, with extra DLC crossover content from fellow Vita hack and slash Soul Sacrifice. Tecmo Koei has announced a series of new add-ons that involve new themed armor and two multiplayer missions.

The levels are called “Hell’s Guard Dog” and “Dogs of War,” and can be obtained by updating the game and accessing the Portal Stone or a mulitplayer lobby. These are apparently high level instances.

Both bits of DLC are free, and are built directly into the game. Neat!