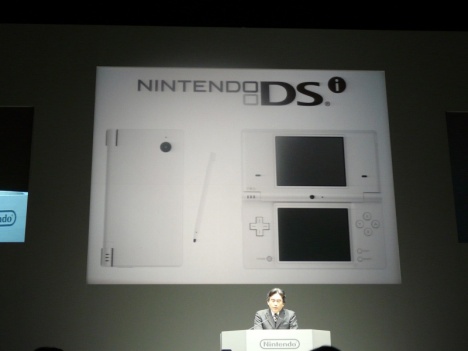 That’s right, folks — the predictions were correct. The Nintendo Press Conference that’s taking place live in Tokyo is being liveblogged over at Famitsu, and while we wish we could be at the real thing, this will have to do. Besides, it’s not for gaijin — the event was specifically for Japanese press only.

So far, we know that the new DS model is called “DSi”(pictured above) and that Iwata has spoken of it as the “DS for one family”. Per Kotaku’s liveblog:

The new unit looks almost exactly like the existing DS Lite, but it’s some 12 percent thinner, partly because it doesn’t have a GBA cartridge slot. The screens are also slightly larger, at 3.25 inches, and there are two cameras, at least one of which is VGA res.

Hit the jump to stay tuned as we update the post with more information!

Somehow it’s not a surprise to see that Nintendo has chosen to move the DS in a similiar direction to the Wii — by making it more than just a gaming handheld. Wired reports that this new DS model will feature the ability to adjust pitch and playback speed, making it ideal for study of languages. Smart.

The DSi also features an SD memory slot, onboard memory (you will be able to download games into the handheld), and the Nintendo Web Browser is built in. Basically the only thing that this new DS doesn’t do is act as a phone (unless Iwata will be whipping that rabbit out of his hat next).

A new service called “Nintendo Zone” will be launched, which apparently can be use don McDonald’s.The DSi will launch in Japan on November 1st and retail for 18,900 Yen ($180 bucks US). It will be available in black and white at first, although I wouldn’t be shocked if colors come down the pipeline later on.

So far, this all sounds good except for that whole no GBA slot thing. 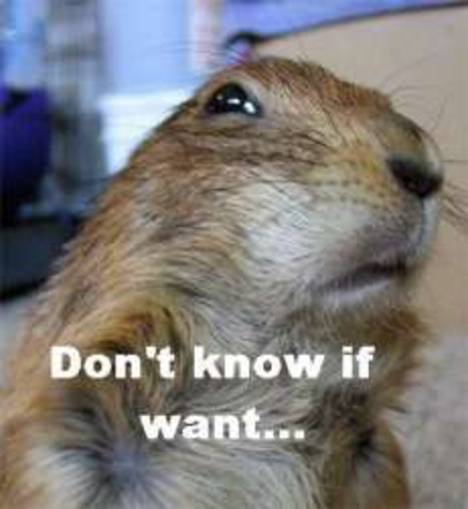 Per Gemaga, talk has moved onto DS games slated for this year. Final Fantasy Crystal Chronicles: Echoes of Time is getting a demo. Woo woo!( Why am I excited, I would have bought it either way…)

Via Wired again. they are showing an “image anime” trailer for Dragon Quest IX.

SOLUTION TIME FOR SHITTY STORAGE YAY: You’ll now be able to download software directly to an SD memory card and then be able to copy that software to the Wii. You know what, Nintendo? That’s one extra step than I have to do with the other two consoles I already own that thought about this solution beforehand. ZING!

Next up to the plate: There will now be a three and a half minute short called “Things You Can Do With Wii” (the title “Things You Can Do With Your Wii” was cleverly not used here, I see) included with new Wii hardware. Basically Nintendo wants to turn more people on to using the Internet capability of the Wii. There will be a new Wii Wi-Fi Adapterand a referral “bonus” program where if you help another Wii owner get set up for Internet use you get 500 Wii points for free.Being kind to others gets you far in life!

Here’s some not so new information about stuff we already heard at E3: MotionPlus, Animal Crossing and how you can transfer data from the DS version and use Miis. Hooray. Yay. Woo. Wii Speak will be released in Japan for 7800 Yen come November 20th (looks like Nintendo wants people to be broke this November).

Gamasutra’s Simon Carless IM’d Wired’s Chris Kohler with some info, which I am shamelessly stealing from their conversation: the camera in the DSi must be 640×480 resolution, because 640 times 480 equals 300,000 pixels.

OH MY FRAKING GOD. A NEW PUNCH OUT FOR THE WII. 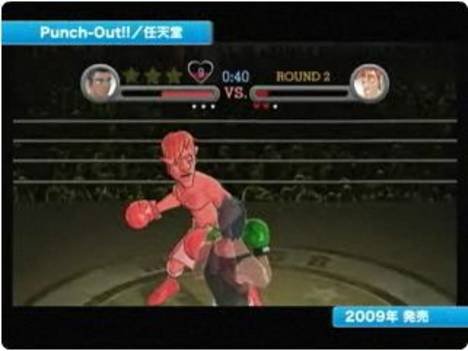 Unfortunately, I know it won’t feature my favorite “ultimate warrior”, but this could still really rock. Also announced in the upcoming games reel: Sin And Punishment 2, Sengoku Musou 3, Another Code (the latter is next in the Trace Memory series), and a”mothership” title in the Tales series. And now, every member of the audience falls silent with wonder as Monster Hunter 3 footage is shown!

Iwata’s passed the stage over to Miyamoto to talk about Wii Music. I love Miyamoto, but I would rather listen to him talk about his bowel movements than this game. Gemaga’s stopped updating; I can only assume the mere mention of this game put them all to sleep.

Miyamoto is waxing and waning about how Wii Music brings you the experience of playing a musical performance or session, and he was inspired by that idea so he created it. Legend of Zelda it ain’t, but I’m sure it’ll sell a gazillion copies anyway. 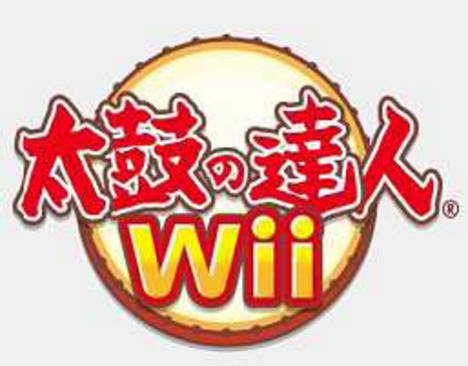 TAIKO NO TATSUJIN FOR WII. DEAR. GOD. I just lost my pants. I want this to be imported here, but without the shitty American pop music they added in for the PS2 version. Please! It comes out on December 11th in Japan, is packaged with a drum controller, and will retail fro 7800 Yen.

Official pages have been announced with video of the new games and the DSi’s new features (click the Wii and DS buttons to watch each respective video). Miyamoto has invited conference attendees up to jam with him. I really hope they don’t rock out too long or I may fall asleep on my keyboard.

Miyamoto’s bailing now. Let’s see if there’s anything else. Nope….looks like that is a wrap. Here’s to wishing a great big thanks to Gemaga and Wired for their coverage. If Nintendo’s aim was to wash the taste of the E3 press conference out of our mouths, they certainly succeeded!