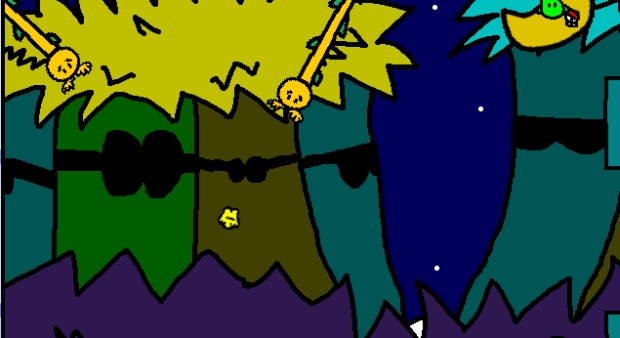 Upon completing Tom Sennett and Matt Thorson’s RunMan: Race Around the World, I had only one thought — namely, that the two creators oughtta be drowning in money for making such a damned good platformer. I wondered if the two had considered pulling a Derek Yu, and making an updated version of the game for XBLA or PSN.

“I would say don’t hold your breath,” Sennett said via email. “I’d much rather just make a brand new RunMan game.” Thorson concurred: “I think we’re done with RATW.”

That means only one thing: if you played and enjoyed RunMan: Race Around the World, you’re not going to get a better chance to reward the creators of a charming, speed-based platformer that’s so goddamn good it should make Sega feel downright ashamed at how bad even the halfway decent Sonic the Hedgehog games are in comparison.

Donate now, is what I’m saying.