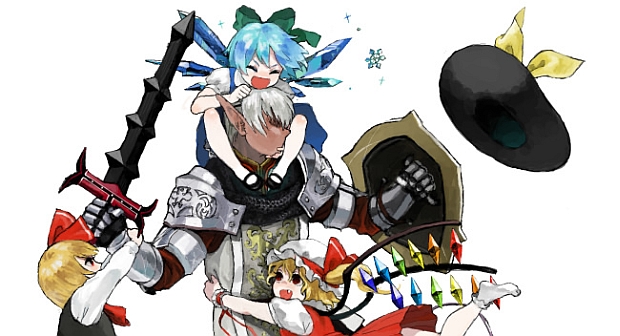 Just as I thought gamers would be getting a chance to play a “Leeroy of all trades” in some kind of Final Fantasy XIV beta packed in with first-press copies of Final Fantasy XIII, my hopes were dampened by Dtoid community member Kaylyn Dicksion, who noted that the term “campaign code” is officially defined by Square Enix as:

“A service where a selected character can receive a limited in-game item using a code included with other merchandise the player buys.”

Gaming rag Famitsu confirmed that sad fact, and the campaign code would indeed be for a secret in-game item. No details on what the item would be exactly, though hopes were further crushed by the campaign being Japan-only. Buyers of the special Final Fantasy XIII-themed PS3 bundle would also be given the code.

Despite the mild disappointment I still ended up rather hyped for the game, since the story confirming the code’s status also included details on two new player classes, the Gladiator and the Pugilist (pictures below). Based on the details it seems FFXIV‘s player classes are determined almost entirely by whatever the character happens to be wearing at the time.

Combined with the spiffy, Final Fantasy XII-esque localization, the game’s been giving off a Monster Hunter vibe that I’m finding quite favorable.

[Via Siliconera and andriasang]