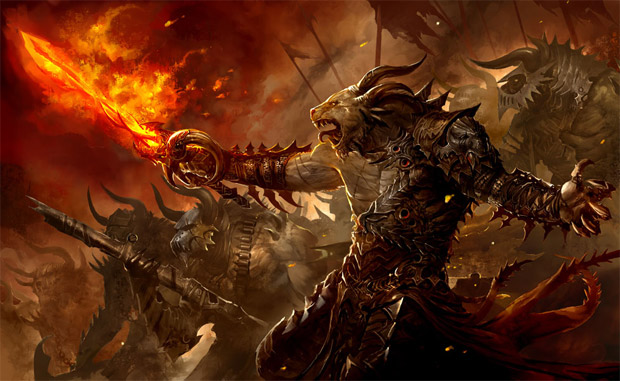 Despite knowing full well that I’ll eventually buy Guild Wars 2 and would really like to get into the beta sooner rather than later, I’ve avoided pre-purchasing the game. Well, until now, that is. NCsoft and ArenaNet have finally announced when the first beta weekend event will be, and it’s soon: April 27 – 29.

As you might recall, guaranteed access to all of these beta events is one of the perks for pre-purchasing Guild Wars 2. So, there you have it — better stock up on caffeinated beverages, snacks that won’t leave residue on your mouse and keyboard, and whatever else will help you make the most of next weekend.