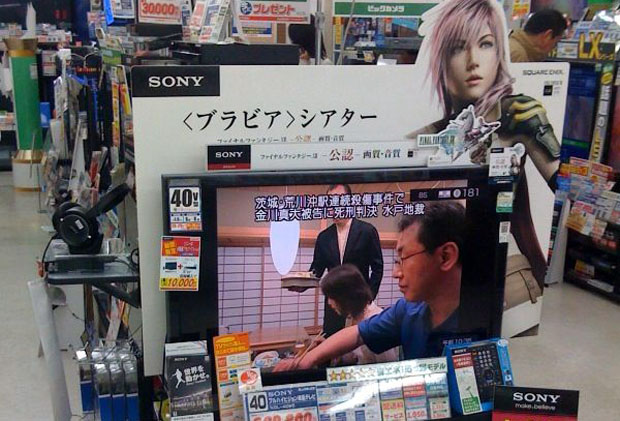 The official television set of Final Fantasy XIII? Why, it’s Sony’s Bravia, of course. At major electronics retailer Bic in Japan, television displays are adorned with FFXIII art and messages. Andria Sang found one that said:

The newest like of Bravia’s have internet connectivity. Through this promotion, TV owners will be able to download special FFXIII items later this month, including a high-resolution guide to the game. Sony Electronics Japan even has a webpage dedicated to the game/Bravia tie-in.

Any 1080p HDTV should do fine. I get a copy of Final Fantasy XIII on Monday, so I’ll give it a spin on my Bravia, but I won’t get my hopes up about any special downloads here.