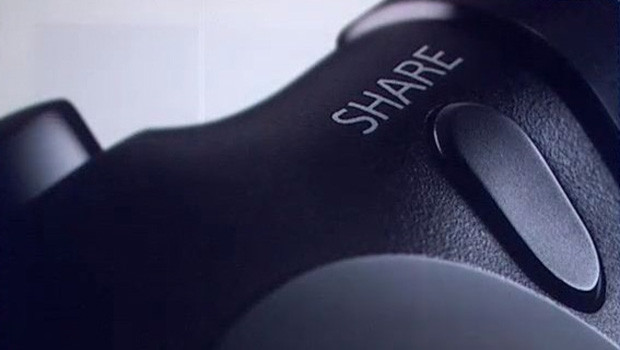 [Destructoid community blogger Wrenchfarm likes to watch you play… which is why he’s so excited for the PlayStation 4’s new “Share” button. Want to see your own words appear on our front page? Go write something! –Mr Andy Dixon]

When Sony held their conference unveiling the PlayStation 4 last week, I was hungry. I wanted to see the thing that would sell me on the next big consoles, the hook that would have me stashing money under the mattress in anticipation. I wanted the answer to the question, “What is a meaningful next-generation experience?” Does next-generation just mean better graphics? I don’t want to be a snide Internet critic, but that doesn’t excite me. Better graphics are nice, but we expect them; it isn’t a surprise.

I knew I wasn’t going to be sold on raw technical specs. I’m not inclined that way; specs just become a jumble of numbers to me at some point, and I don’t have a way to contextualize all the teraflops and rusticle processing.

So how surprised was I that the answer turned out to be a single button?

I think we can all agree that TV is pretty rotten these days. I mean, Justified is only one hour of viewing a week; what are you going to do with the rest of your lonely, sleepless nights?

Well, if you’re like me, you probably watch a lot of a game-related stuff online. 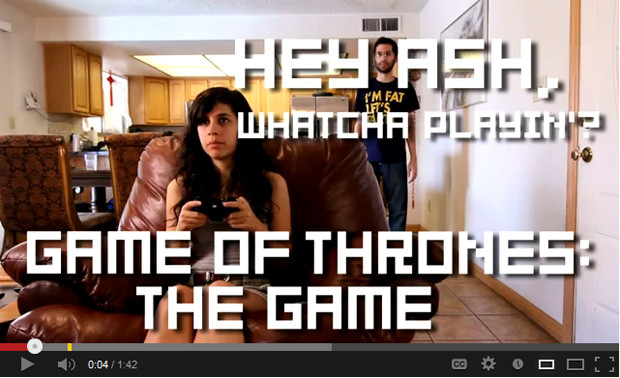 I spend a ridiculous amount of time watching YouTube. The vast majority of my entertainment diet is made up of videogame-related content made mostly by people in their own living room. While everyone else is following the hockey season, I’m balls deep in the latest Super Street Fighter IV tournament results. I’d rather drink my coffee and eat breakfast while watching a guide to getting the most out of my Scout’s scattergun than the local morning show. Give me some videos testing esoteric game mechanics like the roll speeds in Dark Souls, or the critical hit system in MechWarrior and I’ll be happy to watch them all day. In fact, I’d wager during the average week, I spend more time watching and listening to people talk about games than I even come close to playing them.

Given the popularity of YouTube Let’s Plays, live streams, and the unimaginable number of podcasts out there, I don’t think I’m alone. Out of Sony’s entire PS4 conference, I think the number one thing that impressed me was how savvy it was of them to tap into this trend. The entire idea of a “share” button and the promise of effortless, integrated support for sharing video content with your friends is brilliant. Maybe smarter observers saw this coming, but to me it was a delightful surprise. It makes me excited for the future and what Microsoft has cooking up on the same front. I mean, maybe I’m stereotyping my corporate monoliths, but I wouldn’t have expected Sony to come out swinging with a crazy social network and very new-Internet ideas on user-generated content. Maybe I’ve pigeonholed my concept of Sony as this ivory tower of Japanese design that wants to enforce proprietary tech and restrictions on everything and treats their network like an afterthought. It seems the times are changing. 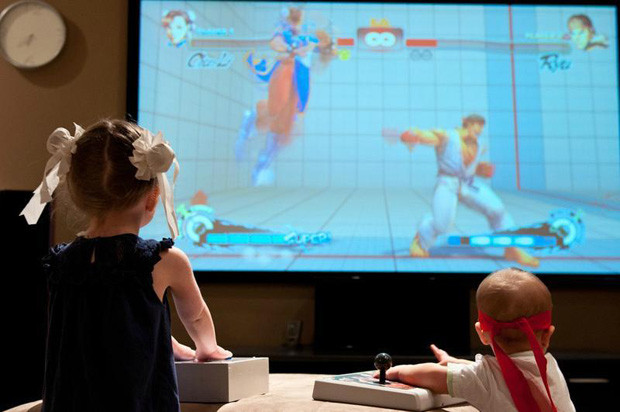 At its core, sharing our game-playing experiences is an old-as-dirt concept. In my own life, ever since I was a young little spitfire, watching other people play games has been a major source of entertainment. I spent untold hours of my childhood sitting on the couch with my brother watching him play through some ostensibly single player game. Sometimes taking turns, sometimes experiencing an entire game without ever once touching the controller. Entire nights have drifted away at a friend’s house with an entire group huddled around a TV eager to see the fall of Wily’s Castle, the end of the Shinra Corporation, or the flooded ballrooms of Rapture. Dates have turned into floppy sloth-fests with us cuddled up, taking turns steering some hapless goof through the streets of Silent Hill.

There is a great joy in sharing an experience, even if only one person is directly interacting with the game. It’s the fun of being an annoying backseat driver, offering helpful advice like “SHOOT THAT GUY!” and “Have you tried pulling the lever?” Comparing the differences between the ways people approach or play a game, being exposed to ideas you yourself wouldn’t have thought of. The fun of being jointly involved in a story and having someone else to talk to about it, to experience it with. Or even just the schadenfreude of taking the piss out of an otherwise terrible game, having a way better time as Waldorf and Statler in the balcony than actually playing the game (looking at you, Silent Hill: Downpour).

The entire Let’s Play, Quicklook, and live-streaming cottage-industry is based on the same idea. Of recapturing – or even expanding – that feeling of sitting out the couch with a friend or two and going through the same thing together. Only now we do it on a much bigger couch.

For a past-time often maligned as a solitary and reclusive hobby, we gamers like to share. We like to get on the stream, join communities, talk about our favorite titles. We compare notes, offer opinions, and exchange tips. The idea of hording information is anathema. Even in competitive or secretive games, there is no premium on being the only person to know something. If anything, there is a race to be the first do know something and share it with everyone else, be it a new piece of combo technology, a tidbit of lore in Dark Souls, or all the different interactions of an item or ability in The Binding of Isaac.

In the past few years we’ve seen a real comeback of the idea of leaderboards and passive challenges ticked off while playing a game. Even in strictly single player affairs, we like to compare scores and build little rivalries. Gamers are social creatures through and through; we thrive on sharing the experience. 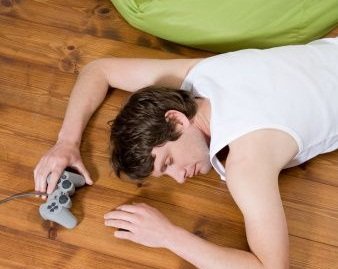 Maybe this is me getting older and lazier, but sometimes I don’t have the energy or inclination to jump online and get into the thick of it. Many of my favorite games are competitive multiplayer titles, but it isn’t every night that I feel like fighting the streets; sometimes, I just want to let the streets be. Watching someone else play lets me vicariously enjoy the thrill of that game without putting the effort into actually playing it.

If that sounds like the laziest thing ever, that’s probably because it is.

But it’s true though. Some games just require a certain level of effort and attention to enjoy – a level I’m not always equipped to provide. It isn’t any fun to stumble around the Battlefield half asleep, a target dummy for enemy snipers. And going on an epic losing streak in SSFIV because you’re too blurry-eyed to remember to block isn’t going to be an enriching experience for anybody. At the end of a long day, sometimes it’s just easier and more rewarding to hand the controller over to someone else and just watch for a little while.

Our ability to enjoy games vicariously shouldn’t really come as a surprise. It’s the same reason so many of us tucked gaming magazines between our notebooks in school. Why we load up our MP3 players with gaming podcasts before going to the job. Games don’t suddenly become boring when you’re not holding the controller. If anything, the discussion and communities that form around the games we play become just as entertaining as (or more than) the titles themselves. 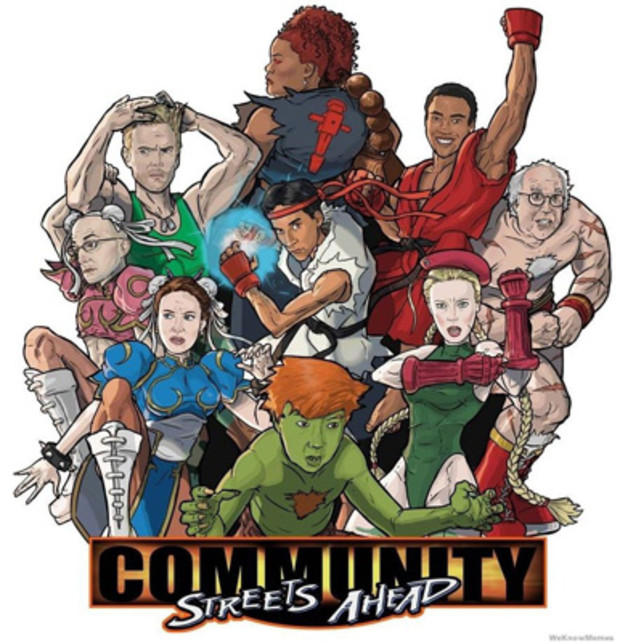 I’m super excited that it is going to be easier than ever to engage and contribute to these communities in the next generation. Video capture won’t require a fancy $200 PVR, and streaming won’t be the frustrating mystical event it is now; the barriers to entry are coming down. As someone who gains a lot of personal enjoyment from watching others, it’s kind of nice to think that I might be able to contribute something back. Even just being able to show in detail how to beat a boss, or demonstrate a weird glitch will be invaluable.

I’m thrilled, and a little surprised, that Sony has caught on to the trend like they have. If the PlayStation 4’s sharing capability works like they say it will I think it will be something really great. I have to assume Microsoft is working on something similar, and if they aren’t they better get on it soon.

The next-generation won’t be defined by its graphics, but by its ability to bring us together.