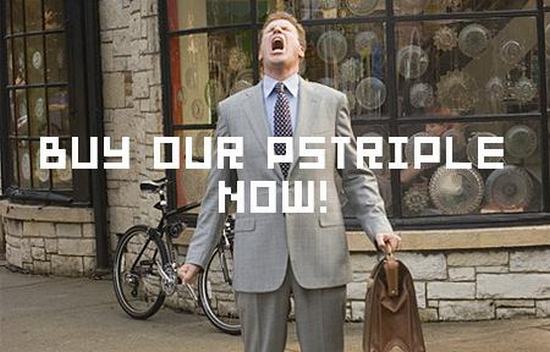 In one of the strongest attacks on Microsoft we’ve seen yet, Sony’s VP of Marketing lashed out at the Xbox 360 and HD-DVD in one fell swoop during an E3 interview with Gamasutra. He started it off with a prediction that HD-DVD will be obsolete in just a few months, but it was the following quote that looks to be the real “money shot” of the interview:

“With the Xbox 360 you’ve got an inconsistent design, some have a hard drive, some don’t, and none of them have Blu-Ray, and the HD-DVD will be out of business in a matter of months. Is this a ten-year product? And by the way it doesn’t even work. Do they want to be selling it for ten years and refurbishing them all for ten more years? I don’t think that’s a ten-year product. You could disagree with me, or they could disagree with me, but I’d put that up against the PS3 any day.”

Peter Moore responded in full, calling the whole thing preposterous, and making a quote of his own. Hit the jump for the rest of the story, including a special guest reference to Captain Obvious.

“Of course, the fact that Sony has an economic interest in making sure that it’s dead is interesting (Insert Captain Obvious here). I think his comments will be read with interest by folks in the European Union, and looking at the tactics the Blu-Ray forum has been using to ensure that retailers do things their way. Let’s just look at what happens this holiday. I think it’s kind of a preposterous statement. Within months? No.”

You certainly can’t ever accuse Sony of having executives that don’t have any “stones.” Even when faced with the harsh reality that they are trying to sell an experience that few people can afford, they forgo a long-term price cut, and instead focus on moving out some stock they plan on phasing-out anyway. They do all this, and still manage to forget that the cheaper consoles that they target are the ones that are actually being sold to customers — while the PS3 continually finds itself humbled and alone. Does anybody know what Sony is thinking these days?

[Via MCV, and thanks to Atheistium for the trusty Captain pic]