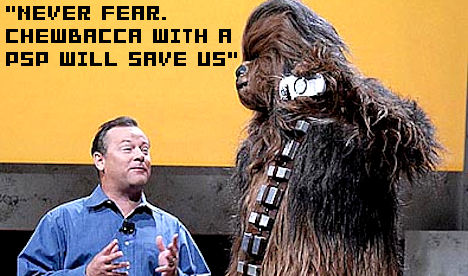 The crucifixion of Sony continues. After a week of battering from analysts and mainstream writers, the PlayStation 3 manufacturer now faces the wrath of financial services group Credit Suisse. The group cut Sony’s investment rating, and now shares in the company are suffering.

Credit Suisse warned Sony that it needs to change if it can hope to match rivals such as Nintendo and Apple, giving the company a proper dressing down. Sony, of course, appears to have ignored the fact that there’s a global recession going on, instead choosing to release Home and tell worried consumers that they should spend $400 on the PS3.

“We believe fundamental changes to its business structure are necessary,” one of the financial group’s analysts claimed. “Compared to its peers both at home and overseas, Sony has been slow to react to the current [financial] crisis.”

The shares have fallen by 5.9%, and if Sony continues to be pigheaded, perhaps that will fall even further. Right now, Sony seems thoroughly clueless as to what is going on. After remaining effectively unchallenged the last two generations, perhaps it can’t cope with such stiff competition from Nintendo and Microsoft? Whatever the reason, releases like Home and the rumored PSP 4000 indicate that the platform holder is losing all touch with reality.