There is a very real reason why I don’t touch social MMOs. The people that live in them are a bit too weird for my personal tastes. I’m not talking about people who play to enjoy themselves, or buy property or even to discover others whose tastes might be comparable. I’m talking about the people that dress their avatars with bunny ears and refuse to use any variant of language other than “rabbit.” If anything, one could easily say that there is an odd culture that accompanies these avatar driven games.

Thankfully, flying penises and furry costumes probably won’t be allowed in Home. If you fell off the bus on videogame news for the last year, Home is basically the Sony version of Second Life. Unlike Second Life though, Home restricts players to just walking around, conversing, and exploring the tools of the Sony dashboard in a 3D environment. Players will have the option to create unique avatars, decorate their own apartments and even watch trailers.

The reason I bring this up is that on our wonderful nation’s holiday, PSN director Eric Lampel tried to reassure PS3 owners that the oft-delayed Home will come out for real this fall. Unfortunately, despite Sony’s attempts to coddle my expectations, I feel that it may finally be time to just suck it up and say that Home could possibly blow. 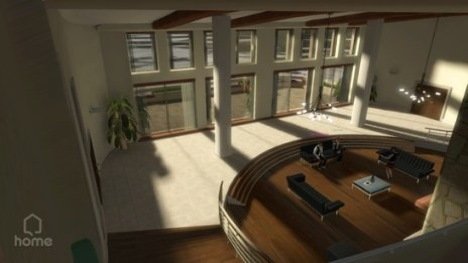 I have to start out by saying that I am a happy PS3 owner, even in the lean times. I enjoy the fact that patch 2.4.1 will not brick my system, and I will probably even enjoy collecting Trophies whenever a developer decides to actually utilize the functionality. I especially enjoy how all of the PSN stuff is set up. When I turn on my PS3, I’m not being told about how amazing Battlefield: Bad Company is, nor am I forced to traverse a different ad every time I desire to switch to a task that I want to accomplish on the dashboard. Yet, this fall when Home comes out, I am afraid that may all change.

The simplicity of PSN is what draws me to the service. There is very little clutter and few distractions on the way to downloading whatever I desire. Home isn’t just an endeavor to be the one place where PS3 gamers can finally collide. It will be also utilized as a marketing tool, and heavily so. Just think of it this way. You create your avatar, complete with a pair of Nikes and an Old Navy Tee, and then traverse to your apartment furnished for free by Home Depot, with the option to buy more furniture from Ikea.

It could keep getting worse. You take your avatar outside the apartment and immediately differing retailers assault you. A GameStop is on the corner, pawning shitty mini-games. 3D Realms is across the street with an ad for Duke Nukem Forever stating “sometime this year.” The movie theaters where you can watch trailers all have commercials before they start. Or maybe someone could even walk up to you and offer you a product as a limited time offer. 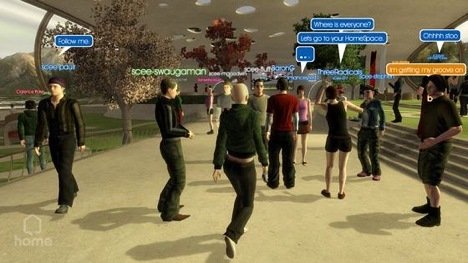 These aren’t just the dreams of a scared editor. This is the realization of what Sony wants with Home. Sony wants a living, breathing version of Qore, set for eager people to consume.

If the bulk of that doesn’t worry you, then perhaps the clutter will. PSN is awesome because you can find what you need, when you want it. It’s much unlike the Live service where you have to sort through Shitty RC Fun-Fun Adventure and Kinda like Pacman but Isn’t before you can find N+ or Penny Arcade Adventures. Home could welcome in a ton of new content that neither I nor Sony is probably adequately prepared for. Will there be tight restrictions? Who has the qualifications to say that content created for Home users is not up to snuff?

As I mentioned previously, in Home, we’ll never have to worry about seeing an avatar with a penis for a face. What about a video of a guy with a penis for a face? How about a picture? Uploading pictures and videos have been confirmed for Home. While I am sure it will be policed just as heavily as YouTube, we all know that stuff falls through the cracks. Really creepy, gross or provocative things fall through the cracks on a daily basis. I really don’t want to see a grotesque thumbnail of a video anytime I peruse the user content for cool videos. 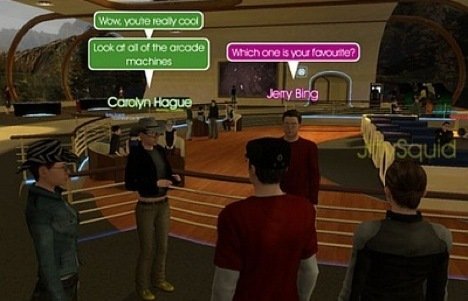 One of the things Eric Lempel said was that Home was going to be an interactive beta process. He even likened it to the way Google handled their Gmail client. While Gmail has always worked in some capacity, it took the service awhile to truly be superior to its competition. I don’t like the idea of any game, social networking tool or not, releasing in some format outside of finished. Unfinished means “open for exploits, bugs, crashes, patching, and lockouts.” How exciting does that sound?

I really want Home to be a cool experience. I want to look forward to walking around in a perpetual environment and interacting with people between games. I’m just afraid that it isn’t going to happen. Between the ads, user-created content, and beta format, the software has quite a few cards stacked up against it. I think at this point, it may be safer to consider that Home could suck, instead of hope for its greatness.