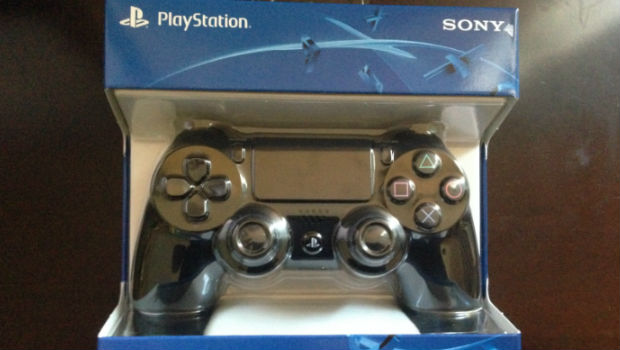 It felt weird at first, but I’m already getting used to it

I’m already planning on getting a PS4 at launch, so when I found out GameStop was already selling the DualShock 4, I ran out to find one for the sake of science. Although it may look relatively the same compared to its predecessors, actually holding it is something else entirely. In fact, it’s probably the biggest deviation formula yet — in a good way.

It’s incredibly comfortable to hold, at least compared to a DualShock 3, and I really like the sleek design. It feels like the analog sticks are farther apart, but they’re roughly the same width as the prior DualShock model — they just feel further because the actual sticks are smaller, which I heartily appreciate as someone with larger hands.

The new L2 and R2 triggers are tiny, and are even properly marked this time around. I can already tell that shooters are going to be more enjoyable on the DualShock 4, mostly because the triggers themselves feel incredibly tight. I’m not sure how I feel about the awkwardly placed “share” and “options” buttons yet, but I assume games will be designed with their placement in mind.

The only negative aspect I can find so far is that the TouchPad area feels cheap when you press it in — like it’s held together by an inexpensive adhesive. This might be a deliberate choice however, as I found it hard to accidentally press the “TouchPad” button when sliding my fingers across the pad — perhaps it’s to combat unwanted presses.

It’s important to note that individual controllers do not come with a USB charging cable, but you can easily pick up extras for pennies on the dollar, and the PS4 console itself ships with one. Most GameStops across the US are currently selling DualShock 4s for $59.99 in addition to Killzone: Shadowfall, if you’re keen on picking up some early merchandise.