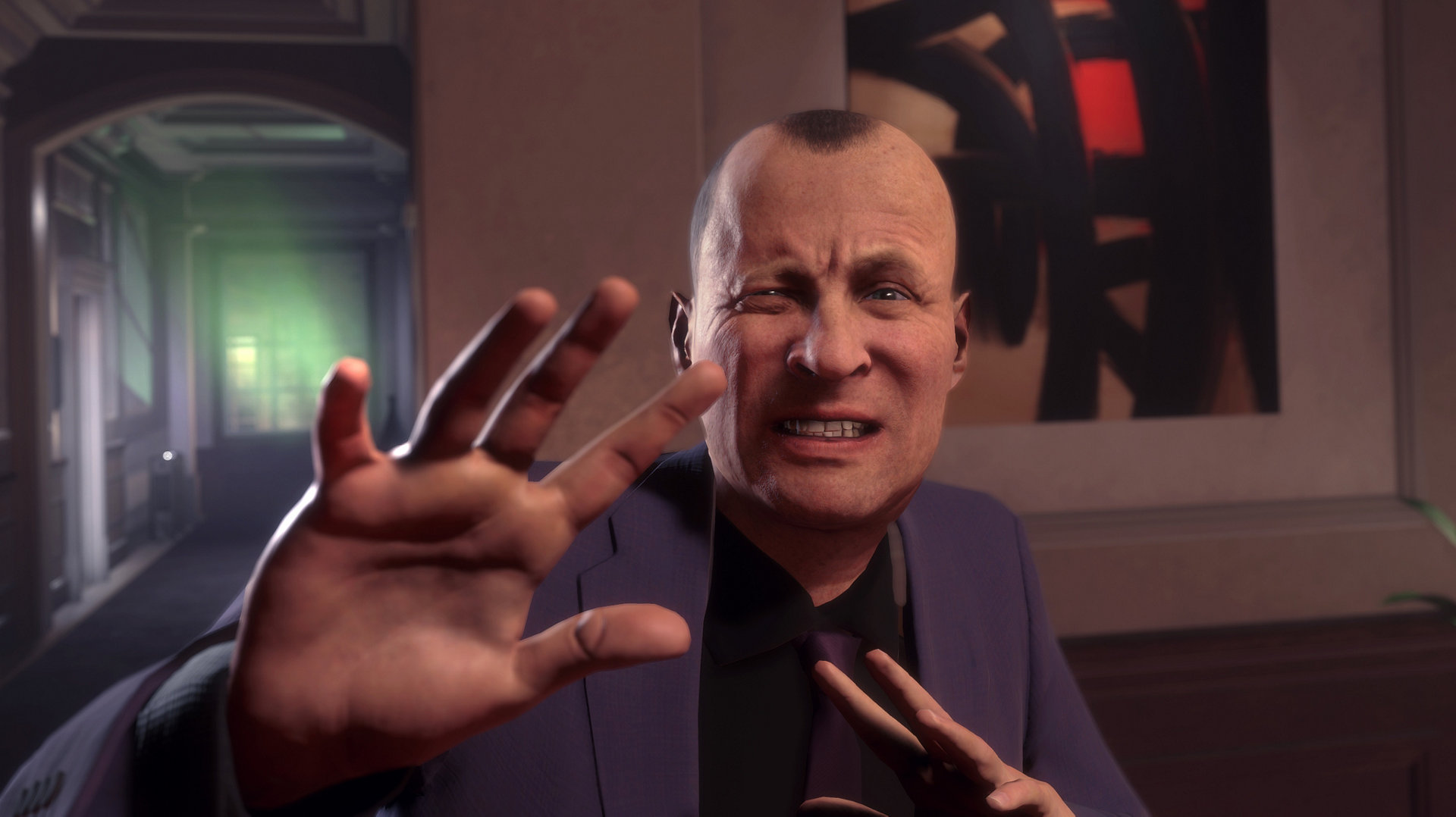 You’d think light gun games in VR would be an instant platform seller, but they really aren’t. A few of the most exciting games that I’ve played in my life (Robot Recall and Superhot VR) slot directly into that little category, but they’re just not pushing systems with the general audience at large.

Blood & Truth equally won’t drive a lot of PSVR sales, but for existing owners it could end up being worthwhile.

Blood & Truth is either going to be too hard-boiled or its own good or will end up shaping into a silly self-referential action hero romp: based on what I’ve played there’s very little room for something in-between. The story (which I was given very little detail on other than that a Jason Statham-like” soldier is out for revenge) seems to take itself very seriously, but on the other hand, you can freeze time with an arcadey focus ability and blast 10 people away in seconds. Maybe there will be a comfortable amount of cheese involved.

It has all of the makings of nailing that goal on paper, that’s for sure. With support for two Move controllers, each operating a different hand or weapon, it’s going for that blockbuster akimbo feel, a high that it mostly hits. Grabbing your gun from your holster feels natural; same with reloading it by way of clips of ammo from your other hand, which you slam in yourself with a manual motion. Movement is another story, mostly hampered by the reality of potential VR sickness.

Although the light strafing system (triggered by button presses on the dominate hand’s Move) is quick and responsive, the main form of movement (tapping the Move button to slowly go from scripted section to section) isn’t nearly as exciting. Operating both hands independently to no-look headshot an enemy is badass, then in the next moment you’re slowly hoofing it to a new piece of cover. I get that VR is alienating to some but an option to go full speed would be appreciated in the final version, especially when the demo locale is a construction site that’s rife with hiding spots and winding passages.

Even with these concessions Blood & Truth is a VR-person’s VR game. Much of its personality is embedded in the novelty of motion sensitive gunplay, which Sony is finally able to emulate based on the last two years of progress in VR development. It’s not going to win over any newcomers unless the narrative is aiming to be completely outrageous; something the jury is still out on given that I was only given a 15 minute slice to pass judgment on. If the short London Heist experience that led to this is any indication it’ll be worth playing at least once.