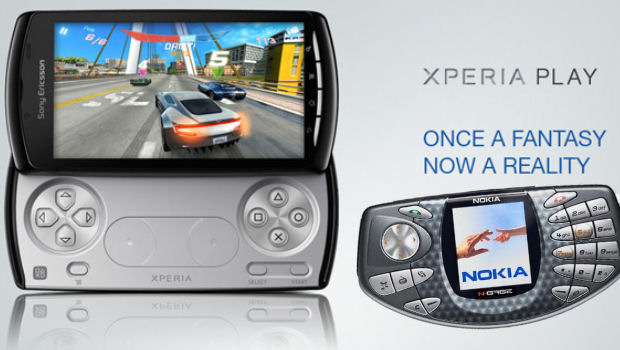 Sony has declared that its new N-Gage, the Xperia Play, will not be a new N-Gage.

“As you can see from the design of [the Xperia Play], when you hold it in portrait it’s a smartphone,” said Sony-Ericsson’s Dom Neil-Dwyer. “It’s not a game device that you can make some phone calls on, it’s a smartphone. When you’ve got the game keys hidden and you’re just holding it like that, people wouldn’t know what it is, but obviously when you pop it open it’s a great gaming device.

According to Dwyer, the N-Gage failed because it “wasn’t a smartphone” and that’s why the Xperia Play is not going to be like it. In any case, we have a review of the N-Gage coming this week. Sorry, I meant to say Xperia.

Interview: Why Sony Ericsson’s Xperia Play Is Not Another N-Gage [Gamasutra]