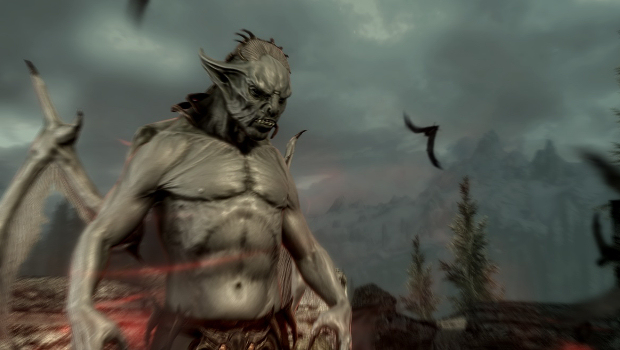 Sony has declared that it’s rolling up its sleeves and getting stuck in with Bethesda to ensure PS3 users eventually get access to Skyrim‘s downloadable expansion, Dawnguard. The announcement comes after Bethesda cast doubt on the idea of ever getting it working.

“We have a big, broad dev support team that works closely with Bethesda — and with all of our partners – to work with them to solve that any sort of issues they have along the way,” Sony’s Adam Boyes told Kotaku. “Of course, I always want everything to work always for everyone. I can’t promise any kind of resolution or timeline but can say that everyone involved is trying their best to get this stuff working.”

Fans continue to be unhappy about the situation, and it’s pretty embarrassing for the Elder Scrolls publisher. Still, it comes to something when one of the biggest problem gamers have is that they can’t buy extra content on top of a $60 purchase. This industry!