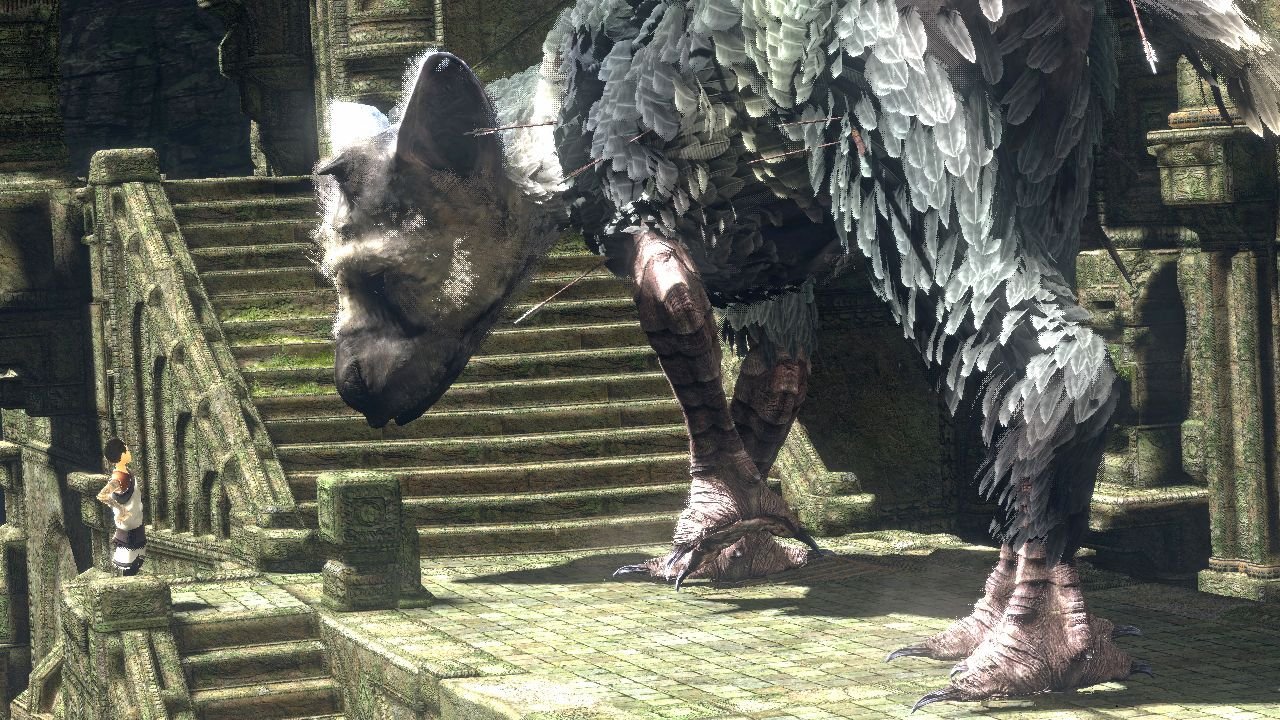 Ah, so here’s a thing. Director Fumito Ueda just gave an interview with Game Informer where he put the delay on “a corporate decision by Sony” and not just technical issues. “There are always delays in production, as you know. Technical being one of them, but there were many others that were out of my control as well,” he said. “I probably would have been comfortable with the end result … The PS3 was not restricting me from doing something.”

On the other hand, the always affable Shuhei Yoshida, head of Sony’s Worldwide Studios, when asked by Eurogamer about the technical challenge of originally getting The Last Guardian to run on PS3, said, “And simply, we failed! We decided, no, we cannot make it. The trailer that we showed at E3 2009 was speeded up. It was from the development system but we took it frame by frame and made it run smoothly.”

He explained that this PS4 version is indeed the same original vision, “Because of the technical difficulty, running the game at the frame-rate required that the team look to compromise some features – the number of characters that Ueda-san wanted to do – if we were to continue on PS3. But because we moved to PS4, now he can make what he wanted. So people say it looks like the same game – there’s a reason!”

Yoshida also explained the work flow and what we thought was Ueda’s new company, Gen Design. “Gen Design is a small studio created by [Jinji] Horagai-san, he’s the lead programmer of Ico and Shadow of the Colossus. Ueda-san is independent. So Ueda-san and Gen Design and Japan Studios are three groups working as one team. Gen Designs guys include some lead animators from Shadow of the Colossus and some character designers, so that veteran team creates lots of the creative side of content for the Japan Studio team to implement. Ueda-san does the overall direction of the game design, art direction and animation.”

Then there was some rumor stomping. The Last Guardian isn’t costing a fortune. “No, no, not at all,” he said. “The team is much smaller. Teams in Japan are much smaller in general than teams in the US and Europe… Horizon is a much bigger budget title than The Last Guardian! It’s not so small, it’s much bigger than Ico or Shadow of the Colossus, but it’s not a US or European-style budget.”

And PS4 architect Mark Cerny having took over the project? “[T]hat’s totally bogus,” Yoshida said. “He’s been giving advice and consultation to many first-party projects…The Last Guardian team is one of them. Because it was a technical issue that made the project so long, he and other central tech groups that we have, many smart people, helped Japan Studio to re-engineer and test it.”