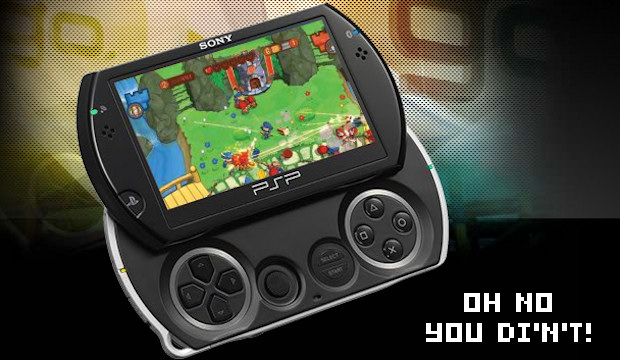 PSP Minis is an exciting venture, and something I’m looking forward to tremendously, not least because it will finally guarantee a consistent flow of affordable games on the PlayStation Portable, and that would make a nice change of pace. Sony is not in a mood to be humble about the new service either, and has launched a direct attack on Apple’s App Store, deriding the service for stranding developers and attracting unprofessional game creators. Ouch.

“Unlike with the App Store, we’re looking to support everyone that develops for us, instead of leaving developers out in the wilderness,” claims SCEE’s Zeno Colaco. “We’re not immediately interested in giving developers free access and no help.

“… Some of the developers working on the App Store and PSP Minis tell us that they prefer our approach because they get more visibility. PSP Minis is a different approach altogether in that we still have a professional environment — if you want to call it that. I’m not suggesting that iPhone developers are unprofessional, but I think that the App Store has attracted a number of hobbyists. Clearly, the PSP is designed for gaming.”

Colaco added that PSP Minis isn’t being designed to directly compete with Apps, but that thing may move that way in time. He also reiterated that the barriers for entry aren’t on the PSP aren’t as strict as those in place for the App Store, and even hinted that PSP dev kits might end up completely free.

So yes … Sony is very confident that PSP Minis will be your one-stop shop for everything small and downloadable. Best of luck to ’em.