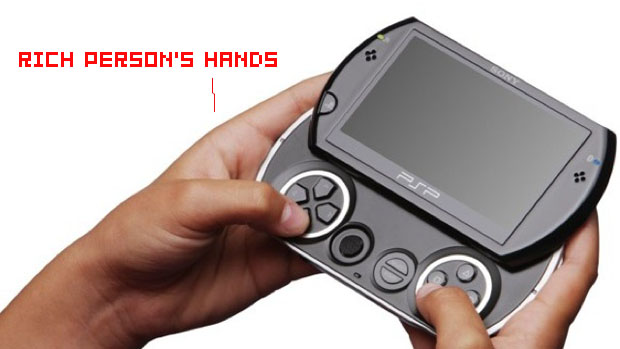 I’m sold, but I don’t know that everyone else is willing to pay the asking price for the UMD-less PSPgo system, set to launch in October. Sony’s European president Andrew House seems to feel pretty good about the European price of 249 EUR (about the same as North America’s $250) and the high UK price of £224.99. He isn’t worried about the high price because it comes with Gran Turismo PSP, at least in Europe.

“We, at least for Europe, were very keen to put an initial offer in place that would reward the consumer who jumps on board first. Therefore, I think the offer that we announced yesterday, that those initial purchasers will be able to get GT for PSP absolutely free. I think that goes a long way to addressing that,” House told VG247.

“We’re also looking at some other plans further down the line that will come together for launch around people who have existing UMD libraries and what we can do to incentivise those as well. So, I think that and a combination of what is a really very attractive portable device leaves us feeling fairly confident where we are right now.”

A free game and the “chance” to use your old games? I don’t think that’s strong enough to warrant the 250 bones. Less hardware should equal a bit less money in my mind. I would have loved to have seen a $200 price point. Hell, this thing is only $50 less than the PS3! And that one takes discs!

Gadget whores will have to suck it up, I guess.