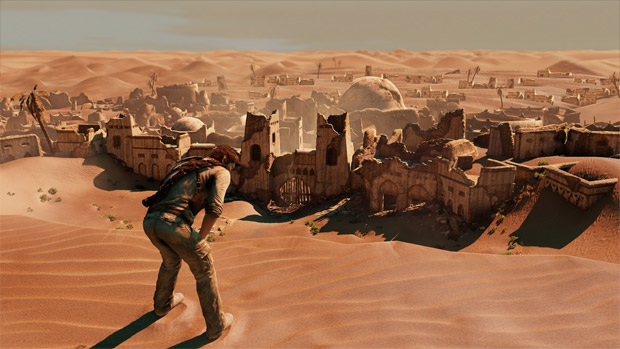 In an interview with Eurogamer, SCE Worldwide Studios boss Shuhei Yoshida spoke about the possibility of upgraded PlayStation 3 games that would run on PlayStation 4, similar to what we’ve seen with all of the HD re-release compilations during this current console generation.

“…Beyond is a big PS3 game loads of people want to play, and The Last Guardian is something I really want to play — I want to play them on the new console,” stated Eurogamer. “Because once that new console comes out, I’m going to move the PS3 to a different part of the room, you know what I mean? So is it something you’ve talked about?”

To which Yoshida replied: “Yes, so, we’ve been making some of our PS2 games available upgraded and published on PS3, and in some cases like God of War or Shadow of the Colossus, some people say this is the better version of the original game, so something like that, we find it very satisfying from a development standpoint, and those who create original titles are thrilled to see more people playing their games, because of the update. So I think for some games it will make sense for us to look at, but we are not talking about any more about our titles other than the four titles.”

Are there any PlayStation 3 games you would want to get this treatment? Perhaps it will make more sense in a few years, but right now, I don’t suspect the initial gap in visual quality to be quite the drastic leap that PS2 to PS3 was. While not the same thing as a remastered game — I feel like two different concepts were being discussed here — it would be nice to have applicable PS3 games (like The Last Guardian) launch simultaneously on both PS3 and PS4 as well.