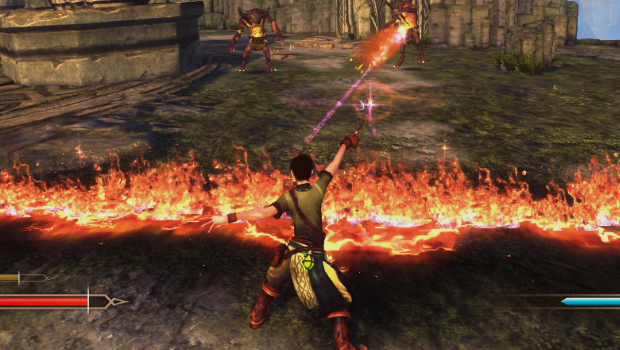 Arguing over which motion controller is better? What year are we in again? Sony has said that its upcoming magic ’em up Sorcery will prove that the PlayStation Move is superior to both the Wii and Kinect, claiming that it’s more “hardcore” than other motion games.

“I think this title does an excellent job of showing what makes Move a better and different system than other motion controls that are out there. It’s tighter, it’s cleaner, it’s more precise — I don’t think you could do a game like this on either Kinect or Wii. I don’t think technically they’d be able to support this kind of gameplay.”

Sorcery has looked promising ever since it was announced five billion years ago, but it really takes more than a single game to make a machine. When the Move is capable of so much, yet insists on games like Carnival Island, I don’t think it matters if you’re “better” than the competition’s hardware. Software makes the system.

Sony: Sorcery Shows Why Move Is Superior to Kinect and Wii [Industry Gamers]