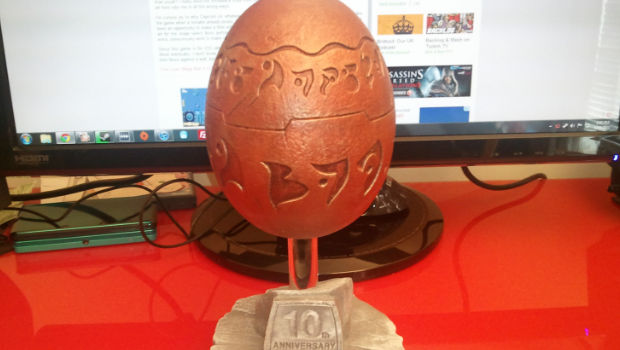 It was Jak & Daxter’s tenth anniversary on December 4, and Sony decided to commemorate it by sending me a Precursor Orb today. This is a limited edition replica of the artifact, found in the Jak & Daxter series, and I’ve taken some photos of it because it’s a Friday in December, so why not?

After ten years, can we be honest? That’s not an orb. Orbs don’t look like Easter eggs. I should know since I eat five Easter eggs a day because I am fat.

The Jak & Daxter Collection will be presenting the original three games with HD and 3D support in February. That’ll be quite exciting, won’t it?