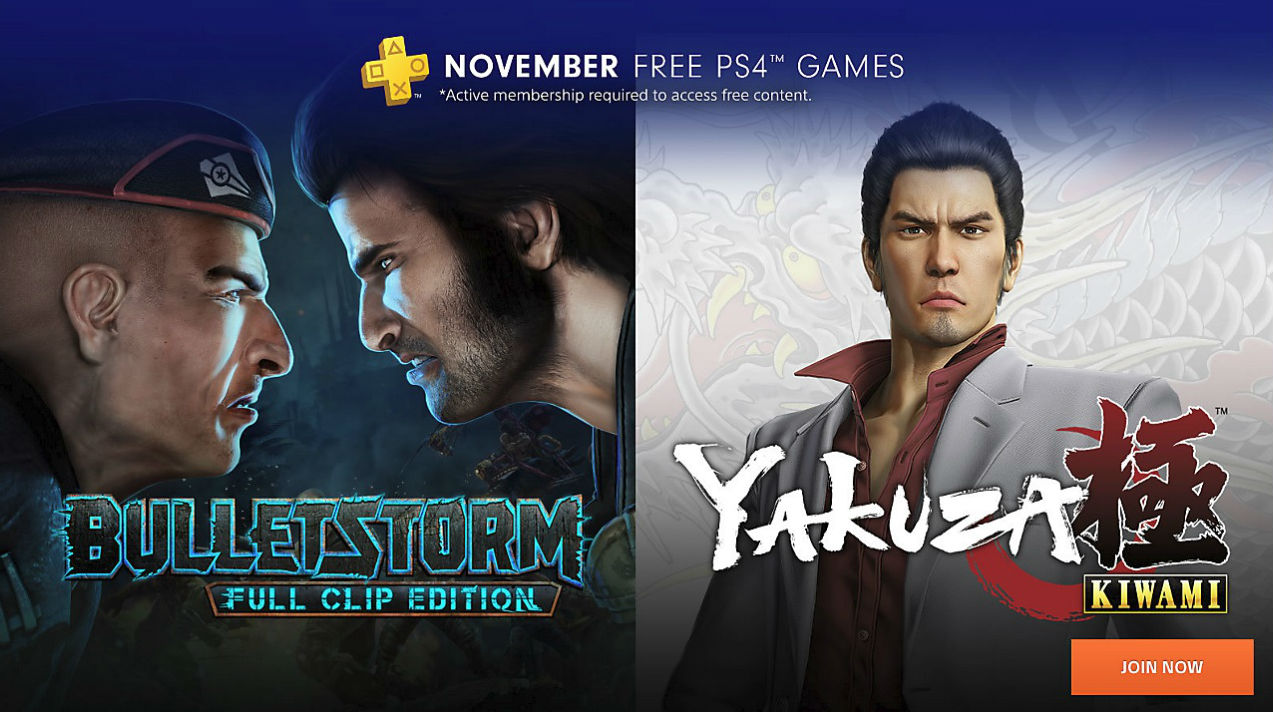 Normally Sony waits until closer to the end of a month to unveil the next PlayStation Plus offerings, but this switch may have been flipped a little early. Right there on the PlayStation website (if it’s not, just refer to the image above and below, captured from it) it lists Yakuza Kiwami and Bulletstorm: Full Clip Edition.

Note that this is list partial as there as there’s roughly six games released per month for Plus members, but these are the heavy-hitters for current generation PS4 owners. You may as well set whatever reminder you need to grab them now!

Again the timing is particularly weird as October’s Plus games just entered the fray. Head on over to the PSN and download those now.