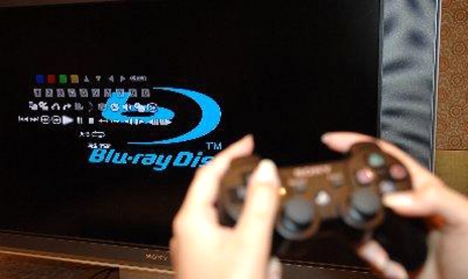 My new BFF Dave Karraker just sent over a message with a not-so-gentle nudge to the fact that the Sony-backed Blu-ray format is, in some ways, a success in the next-generation DVD war. Karraker points to these facts detailed in The Hollywood Reporter:

Of the high-definition discs bought by consumers in the first quarter, 70% were in the Blu-ray Disc format and 30% were HD DVD, according to sales figures provided by Home Media Magazine’s market research department. Blu-ray took the lead in February, and its percentage of total sales accelerated to the point where it accounted for nearly three out of every four high-definition discs sold in March.

Since the high-def format’s inception — HD DVD launched in April 2006, while Blu-ray got rolling two months later — more than 2.14 million discs have been purchased by consumers: 1.2 million Blu-ray Discs and about 937,500 HD DVDs.

All lingering fanboyism aside, once you watch a Blu-ray movie on an HD set, you never really want to go back to a regular old DVD. And, simply because the PlayStation 3 has an included Blu-ray player, I prefer this format. The only barrier for me when buying Blu-ray is the price. It’s a good thing God invented Netflix.