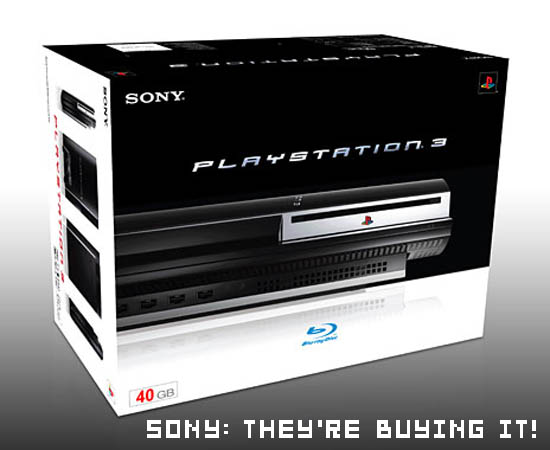 Sony Chief Executive Sir Howard Stringer says that PS3 sales have picked up since the launch of the cheaper 40GB model. He points out that over the past three weeks the console is now selling three times as fast in the UK, and twice as fast in the US. Stringer feels that if this trend continues, they can regain some of their former glory.

“Sony will certainly hit its target of selling 10 million PS3s worldwide by the end of its fiscal year, says Stringer. “We are coming back up again.”

The Sony Cheif also commented on the missed opportunity to unite the HD DVD and Blu-ray video disc formats. “There was a chance to integrate. I wish I could go back in time, because I heard it was all about saving face.”

Finally, Stringer weighs in on the Paramount/HD DVD deal: “We were trying to win on the merits, which we were doing for a while, until Paramount changed sides,” he said.