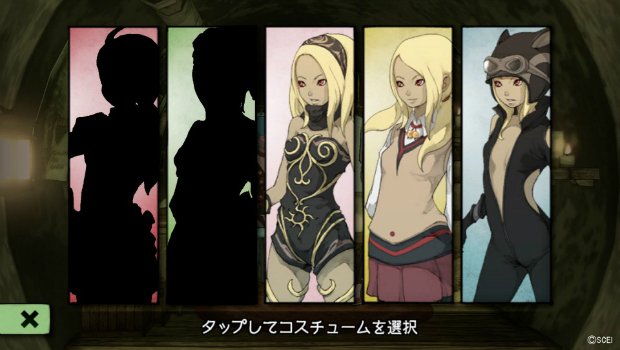 [Update: Sony has stated that Gravity Rush is now on target for a June 12th North American release] – thanks to Stop Spoilers and whoever else sent this in.

I feel for you, Destructoid readers. Like you, I was convinced Gravity Rush would be hitting US shores for the launch of the Vita. Then suddenly, two days before the Early Edition Bundle release, we get wind that Gravity Rush is actually coming out at the end of May.

Well, good things come to those who wait, and in Japan, fans are going to be given a host of paid add-ons. The DLC will feature challenge missions, side missions, and costumes. I can’t imagine this content won’t come stateside, as the cat costume looks like a clear homage to DC’s Catwoman — it even comes with a spy mission.