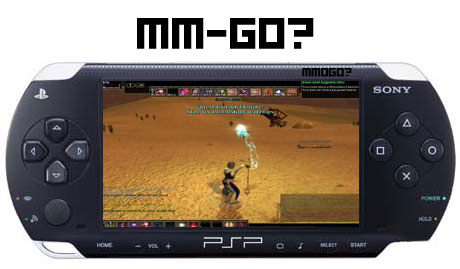 “We think it’s a world-class device,” he said, “In the future, we see full MMOs that are designed for the PSP.”

Smedley cites the 34 million units sold and the worldwide connectivity as a reason why MMOs on the handheld would be a no-brainer. But in a case of walking before they run, he sees the opportunity for integration with existing MMOs before launching a full-on title. He gives examples, including using it to train pets for a game like Free Realms, or a leveling up mini-game that you can play on the go.

Considering the type of addictive behavior we see linked to MMOs tethered to homes, the idea of an MMO-on-the-Go is almost frightening. But at the same time, if it gets people out of the house, that’s not necessarily a bad thing.

Would you play an MMO on the PSP?