The next generation PlayStation is flesh

Update: PS4 is slated to appear this holiday season, 2013!

It will have 8GB of unified memory, a X86 CPU, 8 CPU cores, 2 teraflops computational performance, and a “Supercharged PC architecture.”

“We will give a glimpse into the future of play,” said Sony’s Andrew house. “Developer led, consumer inspired … engineered by Sony Computer Entertainment.”

According to Sony, PS4 will focus on personalization, be easy to develop for, and will give us a glimpse at “The future of play.”

Mark Cerny, PS4 Lead System Architect said PS4’s plan is to put, “Nothing between you and the game,” and will be, “A platform by game creators, for game creators.” 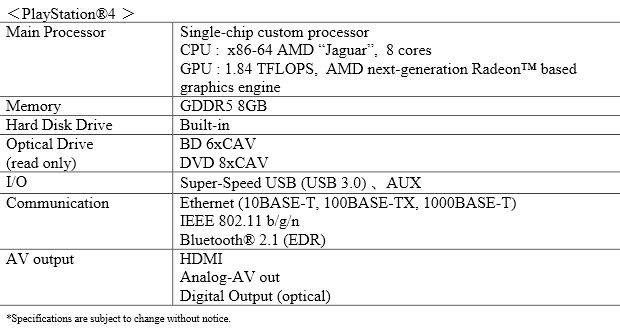