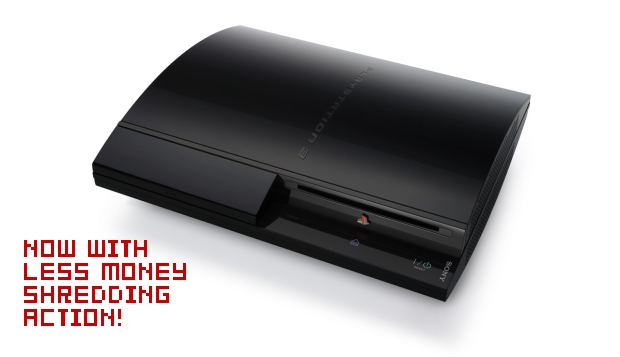 One of the accepted facts of the gaming industry was that you sold your gaming system at a loss and recouped the loss by selling software. It worked for years, and no one complained. Then Nintendo came along with the Wii and started making a profit off of the sales of its system almost immediately, making Sony and Microsoft look like fools. (Fools, I tell you!) This is especially the case for Sony, who was still taking a massive loss on each PlayStation 3 as of last year.

Some bright news on that front for Sony, however. Instead of losing a large amount of money with each system sold, they are now losing a smaller amount of money now. Despite the price drop, Sony only loses about $18 on the PS3, now thanks to streamlining the system and the lower production costs of advancing technology. This means that by 2011 the PS3 can be where the Wii was at launch, and be profitable with every system sold. Good news for Sony, who just posted their first profitable quarter in a long ass time.