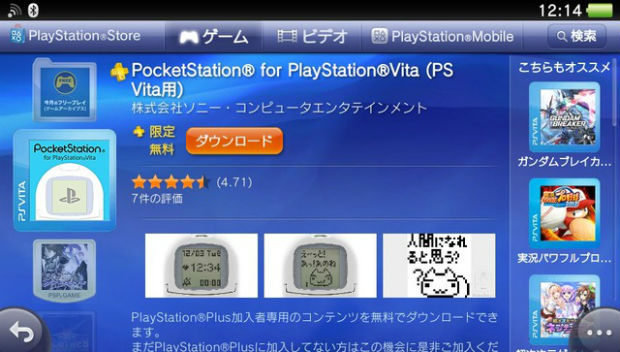 In the immortal words of Chad Concelmo: ‘AMAZING!’

After a rather odd bit of teasing for a cryptic re-launch of the PocketStation, Sony has unleashed the beast today with a PlayStation Vita app. Essentially, this allows you to run a tiny digital PocketStation in conjunction with 46 supported PSone titles across the Japanese PlayStation Store.

The app is free for PS+ members until December 3rd. Sadly, there’s currently no word on a worldwide release.