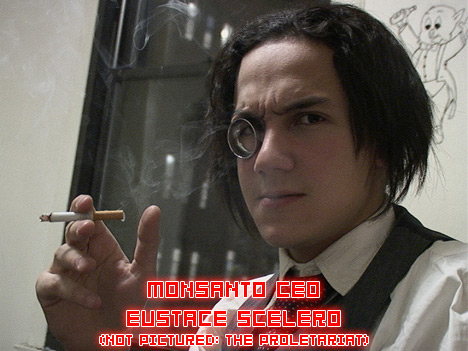 Remember a while back when Sony revealed the [email protected] option within its PlayStation 3 consoles and everyone got warm fuzzies in their tummies and Phil Harrison visited all of our homes on a unicorn to give us each a puppy? As it turns out, that entire thing was some kind of elaborate Trojan Horse, designed to suck money from companies willing to exploit the spare cycles inherent in the always-on PS3.

[Addendum: Since it was mentioned in the comments that consumers ought to be given an incentive to assist companies with their consoles, I thought I should add this quote from the MCV piece:

The Financial Times reports that Sony is ‘studying’ whether it needs to offers incentives to gamers, such as free products, to get them to participate in a similar scheme for profit-seeking companies.

Happy now? The fact that they have to ‘study’ whether or not people would willingly give large corporations their computing power only proves that Sony is hopelessly out of touch with its average consumer.]