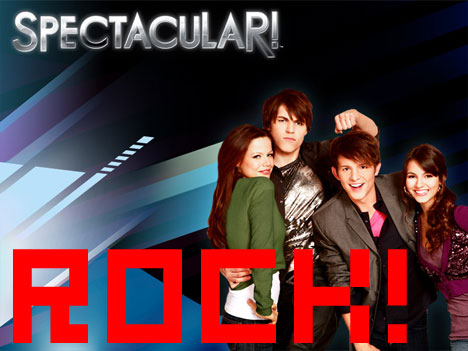 While songs from Nickelodeon’s upcoming TV movie Spectacular! were not on your list of 4400 tracks you’d like to see in Rock Band in 2009, it doesn’t matter. They’re coming anyway.

Sony Pictures Home Entertainment has announced plans to release two musical tracks from the movie — “Break My Heart” and “Don’t Tell Me” — for the Rock Band platform (PlayStation 3 and Xbox 360 versions) starting next week. Each track will cost $.99, which seems to be the going rate for tracks you guys probably don’t care about.

Oh, and for those of you waiting to buy the DVD when it hits shelves on March 31, you’ll get a free download code redeemable for both tracks. You know who you are.