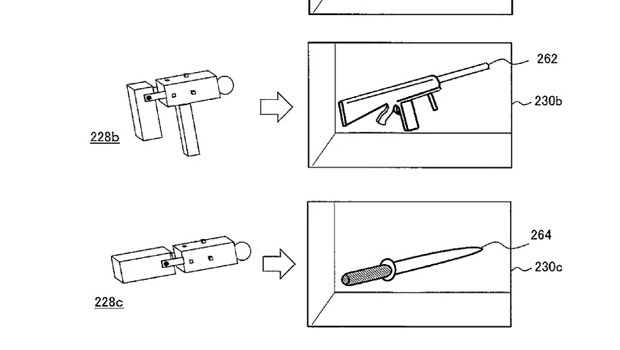 Sadly, mine doesn’t get much use these days

Sony has filed for a new patent regarding their PlayStation Move controller, and it looks like it’s going modular, if the filing is actually going to be acted on at some point. The patent allows for the controller to be shaped by way of moving parts, which would allow it to morph into a gun or a sword.

At one point this could have been a really cool idea, but I don’t think enough studios support the Move enough for it to be a real game-changer. Especially when it comes to the PlayStation 4, things are decidedly DualShock oriented, and it looks like it’s going to stay that way for at least a short while.