If you’re looking for a game that’s going to use every last feature that Sony’s Next Generation Portable has to offer, look no further than Little Deviants.

It’s essentially a mini-game collection wrapped in a charming little package, featuring a cast of adorable little creatures known as little deviants. The game will ship with 30 separate mini-games, and I was recently able to get my hands on a few to see how it’s shaping up. 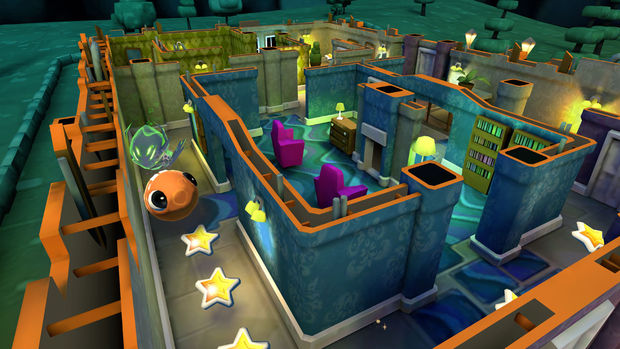 The first I played was “Bots Blast,” an augmented reality game that will be extremely familiar to anyone who has played the built-in Face Raiders game on the Nintendo 3DS. While you won’t be taking pictures of faces to blast, the core concept is essentially the same. Using the NGP camera, you’ll have to shoot at flying bots that appear in the “real world” on the handheld’s screen. Like Face Raiders, this requires a full 360 degrees of motion; you’ll be looking up, down, and turning in all directions to blast the robots out of the sky.

You may already be familiar with “Hole Roll Control,” another one of the games Sony had playable. This is based on the demo we saw earlier this year, where players will use the NGP’s back touch screen to manipulate the landscape as it appears on the front screen. The object is to use your finger to create dips and hills, rolling around your little deviant as you collect stars and ultimately roll him right into a hole.

A mix of Super Monkey Ball and traditional golf, “Hole Roll Control” did a pretty good job of showing off how the back touch screen could be used in gameplay. It’s a bit disorienting at first, using a back screen to “push through” the viewable game screen. Initially, I had a bit of trouble reconciling how I was manipulating the environment from below; there’s a bit of a disconnect at the start — you’ve never really played anything this quite this way before. 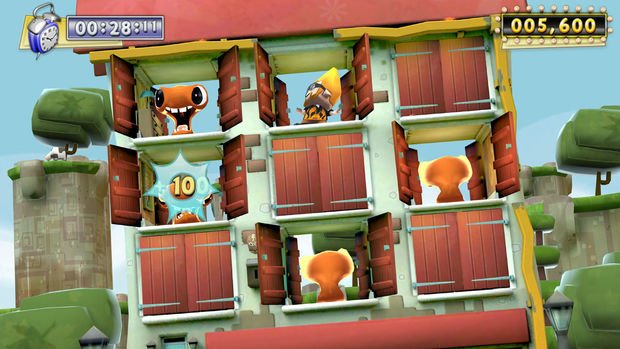 “House of Whacks” also makes interesting use of the back screen. A simple whack-a-mole style mini-game, where they’ll pop out from behind barn doors, and you’ll have to poke monsters to score points. The twist: monsters that are facing front, you’ll stamp down from the front touch screen; creatures facing away, you’ll have to tap the back screen to score the points.

The game will also feature full leaderboard support, as well as multiplayer games for up to 8 players using a “Pass Around” mode and one NGP.

Little Deviants is being developed by the British developer Bigbig Studios, who was also responsible for the underrated Pursuit Force games for the PlayStation Portable. This little monster stuff is cute and all, but can I get another one of those, please? Thanks.