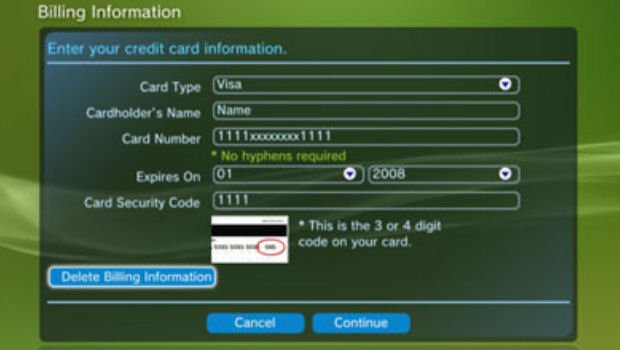 [Update: Sony has gotten back to us, noting that an error was made in the blog post and confirming that Sony does ask PSN users for a security code. However, it was noted that the numbers are not stored on Sony’s servers so there’s no risk. The PS Blog post has now been corrected and the erroneous information crossed out. JOURNALISM!]

This week, Sony communications chief Patrick Seybold tried to put fears to rest with another PlayStation Network/Qriocity FAQ. He attempted to dissuade users from feeling that their credit card information is at risk by stating that hackers couldn’t possibly have all the information. Why not? Sony never asked for it, apparently.

“Keep in mind, however that your credit card security code (sometimes called a CVC or CSC number) has not been obtained,” he stated, “because we never requested it from anyone who has joined the PlayStation Network or Qriocity, and is therefore not stored anywhere in our system.”

Good news, right? Well … perhaps not. We looked into the veracity of that claim and found evidence — on PlayStation.com, no less — that Sony did request your credit card security code when you signed up to PlayStation Network. There’s even a screenshot of the billing page, viewable above, that shows it.

Sony seems adamant that your security card information isn’t at risk, so it’s quite possible that, even if asked for, it was never stored, as per VISA’s rules. Even so, why tell us it was never asked for when it looks like it was?

We’ve contacted Sony for comment as we try and find out how this discrepancy occurred. For obvious reasons we cannot see what the PlayStation Network billing page currently looks like on our PS3s, but it’s a strange situation nonetheless. Hopefully Sony has a good explanation for what looks like a disconcerting contradiction.