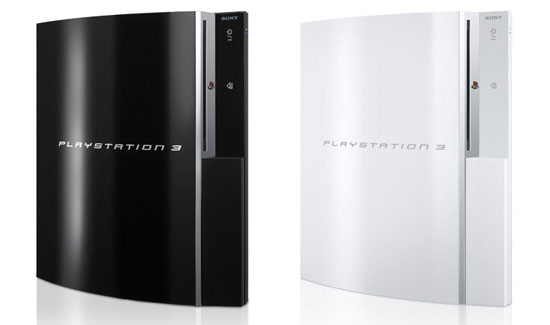 Sony have been working over time as of late, throwing darts at their console configuration board and seeing what sticks. So is anyone really surprised by the announcement of a new PlayStation 3 model for Japan?

This new, cheaper 40 GB model is similar to those we’ve already seen announced in every other territory that’s not North America (no PS2 backwards compatibility, no memory card reader), and will cost 39,980 yen ($340). The console will be available on November 11 in both the standard dust collecting black and the new “Ceramic White.” While out to pick up their new PS3, gamers can also purchase the Dual Shock 3 that day, which will run 5,500 yen ($47), and will be available in both colors.