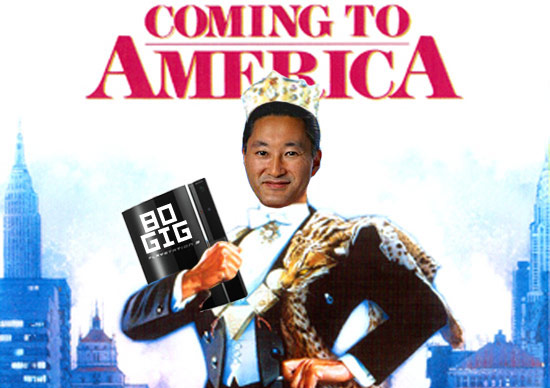 To the surprise of virtually no one, Sony comes clean and shows their hand early. That’s right boys and girls, the 60GB PS3 is dropping to $499.99 tomorrow (Monday). Not only that, but that special Korean edition of the 80GB PS3 is making it’s way stateside as well. It will retail for $599.99 and come packaged with MotorStorm.

So wait, doesn’t that mean Sony lied to us?! Well yes, but only because they wanted to announce it at E3 no doubt. Unfortunately for them, various video game retailers like Target were already dropping the price ahead of schedule so Sony had to finally confirm the news.

What are your thoughts on this? Are you finally going to go buy a PS3 now? Or is it still to pricey to you with the drought of games at the moment?

Hit the jump for the AP press release.

[Update: Added an image of 80GB PS3 packaging in all of its glory.]

The new $599 PS3 increases the system’s storage capacity from 60 to 80 gigabytes and also includes a retail copy of the online racing title “MotorStorm,” a company spokesman said.

The larger capacity machine won’t be available in the United States and Canada until August.

Karraker said further details on high-def movies for download would be released at a later date.

The announcement comes two days before the E3 Media & Business Summit in Santa Monica, Calif., where dozens of industry heavyweights including Sony rivals Microsoft Corp. and Nintendo Co. are expected to show off their latest games and related products.

In April, Microsoft began selling a version of its Xbox 360 with a 120-gigabyte hard drive and a souped up high-definition video connection. Called Xbox 360 Elite, the black-colored system sells for $479.99.

Karraker said Sony would use the E3 show to focus on two areas: ways to increase the number of consumers who own PS3s and other products such as the PlayStation Portable handheld system, and expanding the system’s library of available games.

He said Sony would be releasing 100 new video games during the current fiscal year, including 15 titles that are exclusive to the PS3 such as the hack-and-slash action title “Heavenly Sword.”